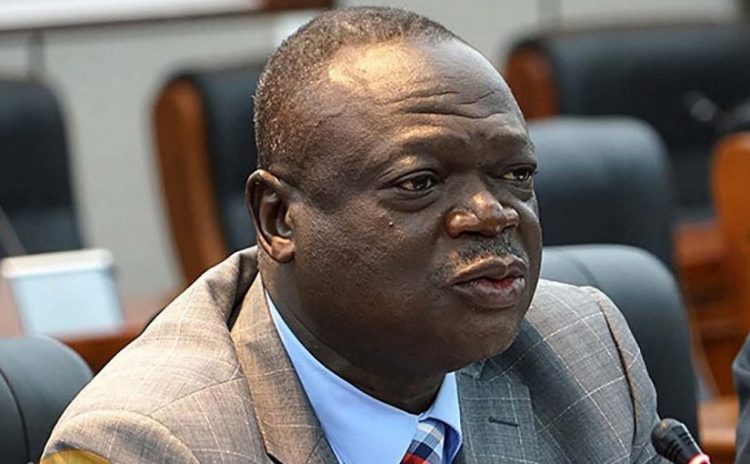 “I am deeply saddened to inform the nation of the death of the Minister of Agriculture, Air Chief Marshall (rtd) Perrance Shiri, a long time friend and colleague.

“Cde Shiri was a true patriot, who devoted his life to the liberation, independence and service of his country. MHRIP,” Mnangagwa said.

Online media reports on Tuesday said that Shiri, who missed the same day’s Cabinet meeting, had been hospitalized after feeling unwell.

Presidential spokesperson George Charamba had also confirmed that Shiri had gone into self-isolation following the death of his driver.

The driver was reportedly buried at his rural home in Zvimba on Sunday.

On Tuesday, government ruled out celebrating the Heroes’ Day and Defense Forces Day on 10 and 11 August by the gathering of large crowd.

It said they will be marked virtually.

The broadcaster announced the suspension of normal programming today.

Internal correspondence from the corporation’s acting chief executive officer Helliate Rushwaya to all members of staff dated July 28 said a member of staff based at ZBC Pockets Hill who last reported for duty on July 16 had tested positive to the virus.

“We would like to notify all staff that as a result of this development, staff on duty will be tested at Pockets Hill on Wednesday 29th July 2020.

“This will be in addition to the pre-scheduled disinfection of Pockets Hill premises taking place on the same day,” she said.

Rushwaya ordered all employees with remote work capabilities to work from home with only critical staff expected to report for work.

“Normal programming from Pockets Hill for both radio and television will be affected until further notice,” she said.