Fashola: Nigerian engineers probe cause of accidents on Kara Bridge 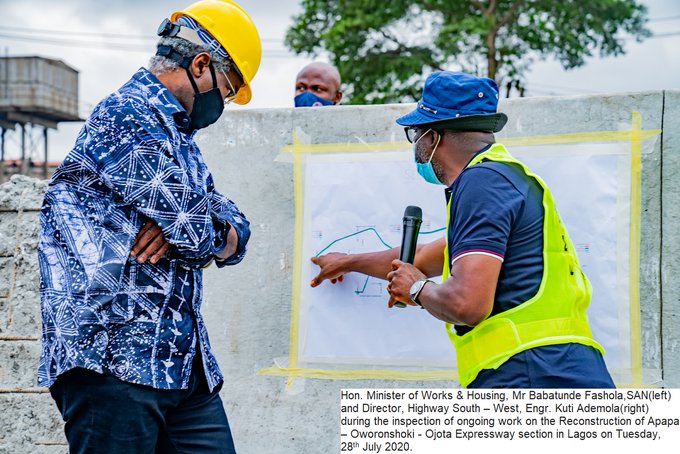 The Minister of Works and Housing, Mr Babatunde Fashola, disclosed on Tuesday that engineers and scientists in the ministry have been deployed to find out the cause of fatal accidents on Kara Bridge on the outskirts of Lagos.

Kara Bridge on the Lagos-Ibadan highway has been a death trap for motorists with recurring incidents of deaths.

Fashola was speaking during an inspection of roads and bridges in Lagos, Nigeria’s commercial hub, which has been on lockdown because of perennial daily traffic jams.

He said that the scientists and engineers were expected to analyse traffic patterns on the bridge to ascertain the causes of the accidents on the bridge.

The minister, however, blamed motorists, whom he described as reckless and inexperienced truck drivers for the accidents.

According to him, his long absence from the spotlight was used for planning and executing numerous projects in Lagos, where he served as governor for eight years.

He said, however, that he carried out his planning with officials of the Lagos State Government.

“Our team has been on ground since the past two weeks and now that the process has started, I think this is a good time to come back and lend support to all the people on ground.

Fashola assured that the Federal Government was responding to concerns raised by Lagos residents and Nigerians on the poor state of roads, thanking them for their understanding and cooperation.

He said that government was striving to fix the problem of ageing infrastructure, due to long years of neglect by various administrations.

The minister said that rehabilitation on the main carriageway on the Apapa-Oshodi-Ojota-Oworonshoki Expressway was almost completed.

He listed several portions of the road that had been completed and already in use, saying: “it is just the Port Gate entrance that needs to be completed’’.

The minister assured that work on the Gbagada toward Third Mainland Bridge portion of the highway would also be completed on schedule.

“When we finish, we will move most of the traffic back on the main carriageway so that we can do the service lanes.

“So, you won’t see any ceremony after completion because immediately we finish any section, it has to be opened for use. It is being constructed while people use it,’’ he said.

Speaking on the other bridges, Fashola said the Eko and Marine Beach Bridges were undergoing repairs while rehabilitation of Obalende, Kara, Falomo and Ojuelegba bridges had been completed.

“Eko Bridge is also under repairs. We are working to see what can be done to ease off the pressure on Eko Bridge.

“We have to import the parts, the bearings and expansion joints because they are not made here. So they have to be ordered. They should come in sometime toward the end of August.

“We are hopeful that if it comes in and we are able to deploy quickly, we may be able to open Eko Bridge before Third Mainland Bridge is completed so that it gives some relief,’’ he said.