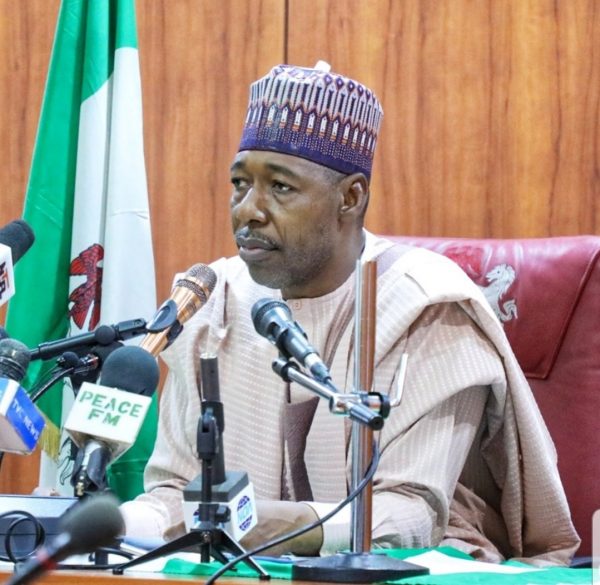 Governor of Borno State, Babagana Zulum has lambasted the Nigerian army following an attack on his convoy in Baga on Wednesday night.

Zulum was attacked by Boko Haram terrorists on Wednesday while on his way to Monguno and Baga.

It was gathered the terrorists ambushed the governor’s convoy as he went to distribute food to Internally Displaced Persons, IDPs, at Baga town, one of the areas difficult to reach for humanitarian activities.

Though the attack was repelled by security operatives in the governor’s convoy, there were casualties on the side of his entourage.

Zulum, thereafter confronted the Commanding Officer in Mile 4, expressing his disappointment at the inability of the military to rid Baga and environs of insurgents.

“The army has been here for over one year now, there are 1,181 soldiers here; if you cannot take over Baga which is less than 5 km from your base, then we should forget about Baga.

“I will inform the Chief of Army Staff to redeploy the men to other places that they can be useful,” Zulum said.

The governor further questioned the authenticity of the army’s position that Boko Haram insurgents have been neutralised in the state.

“You said there is no Boko Haram here, then who attacked us,” Zulum questioned.