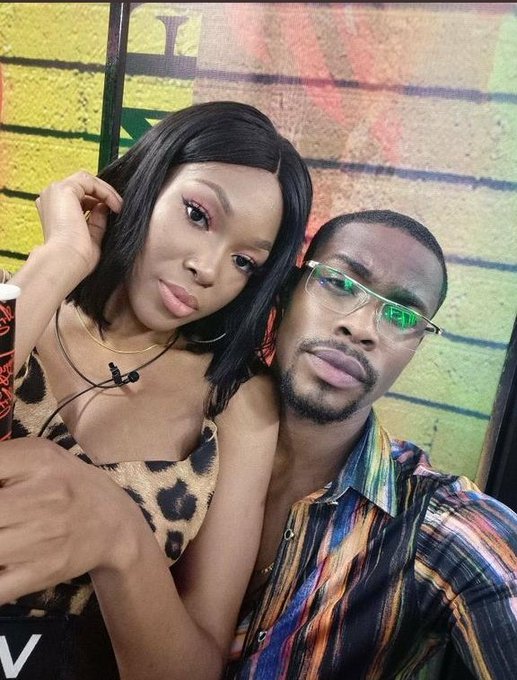 Season 5 housemates of the #BigBrotherNaijaLockdown show Vee and Neo who recently got into a relationship in the house have ended things between them.

The lovebirds had a misunderstanding and 26 year old Neo who is a ride-hailing app driver and a Delta State native said it was okay they walked away.

Vee, 23, is a musician based in Lagos, Nigeria although she was born and raised in London, she moved to Lagos almost a year ago to begin her music career where she has already made great strides.

Vee and Neo have since made up in a now viral video and fans have shared their opinion. Check on it here.

Its obvious both neo and vee want a serious relationship…..and vee likes neo but she is a realist. She wants it but doesnt want to loose focus of the game or be clinging like aunty lilo…I understand neo but i actually love & respect vee! #BBNaija

Please, nobody should compare Neo and Vee ship to those children (Lirica) ever again!
These ones are matured and open minded, I wanna Stan them so hard but, my own ship(kiddrica) already giving me migraine#bbnaija2020lockdown#BBNaijaLockdown #BBNaija pic.twitter.com/3NNopP3fvP

#BBNaija
If you don't want to watch Neo and Vee, off your TV . Period!