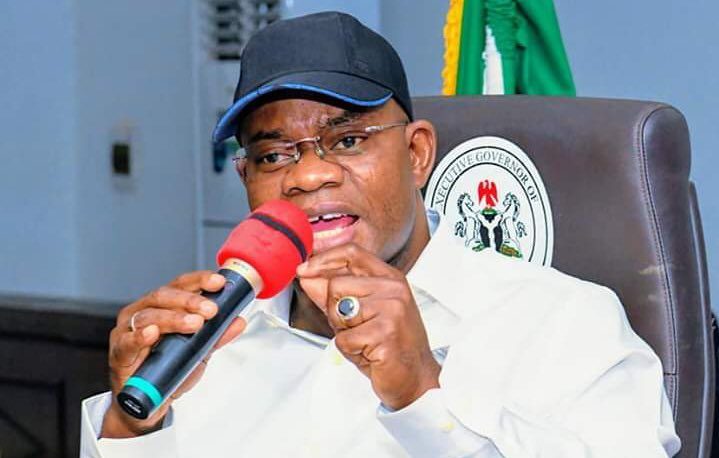 Governor Yahaya Bello of KogI: Yet to repair the cold chain store to receive COVID-19 Oxford-Astrazeneca for Kogi

The Kogi State Governor, Yahaya Bello has read the riot act to criminals operating in the State, vowing that under no circumstances will his administration negotiate with the outlaws.

Instead he revealed plans to lead an assault against men of the underworld in person and smoke them out of existence, very shortly

The governor spoke on Friday while speaking with journalists at the Eid ground in Agasa, Okene Local Government Area of the state where he observed the Sallah prayer.

Bello said his administration would not rest on its oars until all criminal elements operating along the Lokoja-Abuja as well as Okene-Lokoja highways were crushed.

“The bandits are spilling into the state, especially on Abuja-Lokoja highway carrying out attacks on commuters recently.

“We are not going to fold our hands and watch, neither are we thinking of negotiating with any criminal gangs. We know what to do and they are aware of what we can do.

“In the days ahead, I will lead security agents into their hideouts and smoke them out,” he said.

Bello said those who have refused to take opportunity of the various government empowerment programmes to be self-reliant would not be allowed to unleash terror on innocent citizens.

“The federal and state governments have lofty empowerment programmes for different categories of persons to engage themselves meaningfully. Those who want to engage in illicit endeavours such as armed robbery, kidnapping and banditry will be crushed”, he said.