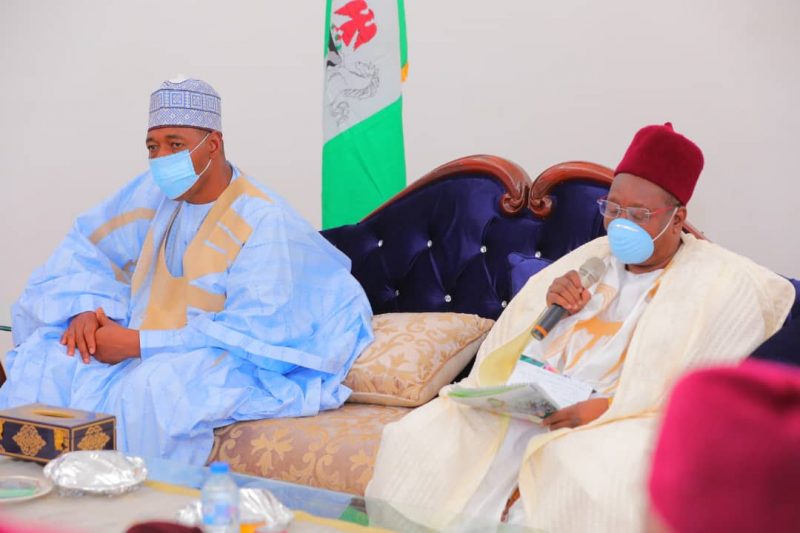 The Shehu of Borno, Alhaji Abubakar Ibn Umar Garbai Elkanemi has asked citizens to pray for Allah’s intervention to secure the state.

The Shehu spoke when he paid the traditional sallah homage on Governor Babagana Umara Zulum at the Government House in Maiduguri on Friday.

The monarch condemned the 29 July attack by suspected Boko Haram terrorists on the convoy of Governor Zulum in Baga.

He describing the experience disturbing and unfortunate.

“Your Excellency, we are not happy with what happened in Baga the other time. It is very unfortunate and a great pity.

“If the convoy of a whole chief security officer of the state could be attacked, then nobody is safe.

”The matter is getting worse. I urge everyone to rise up in prayers for Allah’s intervention,” the traditional ruler said.

The Shehu lamented the high rate of tree cutting in the state.

He urged the government to take urgent steps to reduce the dangerous act before leading to a serious environmental problem.

He called for the reintroduction of the tree planting, which has been a regular practice in the past.

Governor Zulum thanked the Shehu for the visit and assured him of Government’s readiness to address the issues raised by the royal father.