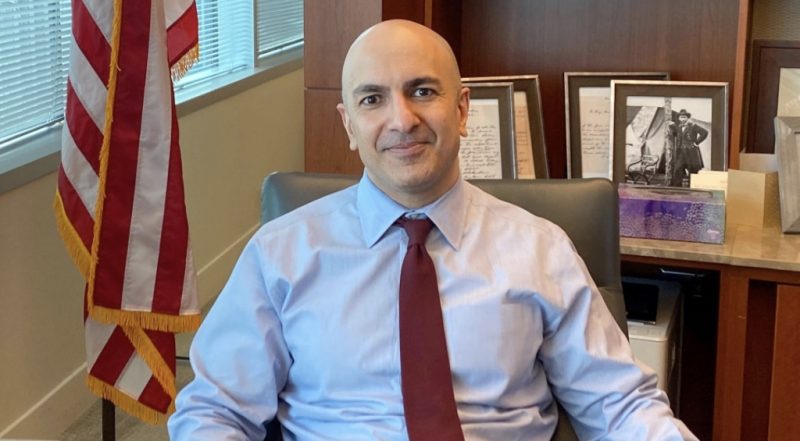 A top U.S. Federal Reserve official, Neel Kashkari said the U.S. economy could benefit if the nation were to “lock down really hard” for four to six weeks,

And he added that Congress can well afford large sums for coronavirus relief efforts.

Kashkari, president of the Minneapolis Federal Reserve Bank, told CBS’ “Face the Nation” that the economy would only be able to mount a robust recovery, if the virus were brought under control.

“If we don’t do that and we just have this raging virus spreading throughout the country with flare-ups and local lockdowns for the next year or two, which is entirely possible, we’re going to see many, many more business bankruptcies,” Kashkari said.

“That’s going to be a much slower recovery for all of us.”

The U.S. economy suffered its worst contraction of 32 percent in the second quarter. It was its biggest blow since the Great Depression,

Kashkari said Congress is positioned to spend big on coronavirus relief efforts because the nation’s budget gap can be financed without relying on foreign borrowing, given how much Americans are saving.

“Those of us who are fortunate enough to still have our jobs, we’re saving a lot more money because we’re not going to restaurants or movie theatres or vacations,” Kashkari said.

“That actually means that we have a lot more resources as a country to support those who have been laid off,” he said.

The Democratic-led U.S. House of Representatives approved a $3 trillion relief bill in May, while Senate Republicans, many of whom have expressed concerns about mounting debt, countered by proposing a $1 trillion aid package last week.

In an interview with ABC’s “This Week” on Sunday, Treasury Secretary Steven Mnuchin said President Donald Trump would spend what was needed, but that the deficit was a factor.

“There’s obviously a need to support workers and support the economy,” he said. “On the other hand, we have to be careful about not piling on enormous amount of debts for future generations.”

“I’m not worried about it,” he said. “Congress should use this opportunity to support the American people and the American economy.”

“If we get the economy growing, we will be able to pay off the debt,” Kashkari added.