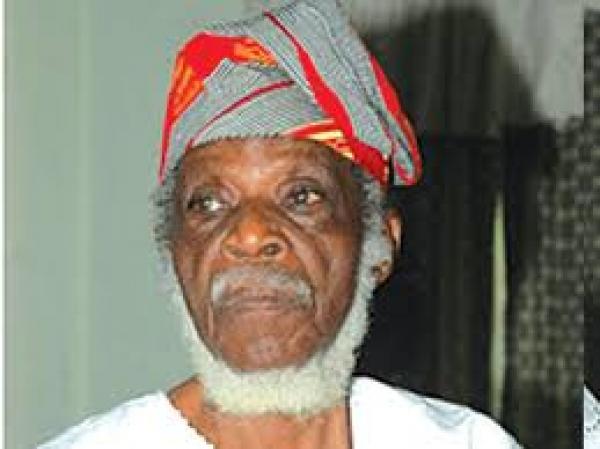 The funeral of the late Afenifere leader Pa Ayo Fasanmi has been fixed for August 4 at St John Cathedral, Iye-Ekiti, Ekiti State.

According to a statement issued by Osun Commissioner for Information and Civic Orientation Funke Egbemode, a committee has been set up for the purpose.

The committee will be chaired by the chief of staff to the governor Charles Akinola who will liaise with the family of the late elder statesman on burial proceedings.

The funeral rites will begin with a commendation service on Monday, August 3, 2020, at All Saints Cathedral Church, Balogun Agoro, Osogbo.”

Ekiti State Governor Kayode Fayemi also confirmed the burial date on Saturday during a condolence visit to the bereaved family.

Mr Fayemi was represented by the chairman of Ekiti State Local Government Service Commission and a leader of the All Progressives Congress (APC) Samuel Abejide.

Mr Abejide said that burying the late Fasanmi in Ekiti State was an honour for the state government.

“As our father, his burial in Ekiti State is his homecoming for us in Ekiti. Ekiti as a state would have showcased the burial and would have loved to give him a befitting burial arrangement but for the COVID-19 pandemic.

“Despite that, we will still do the burial within the confinement of the law,” Abejide said.