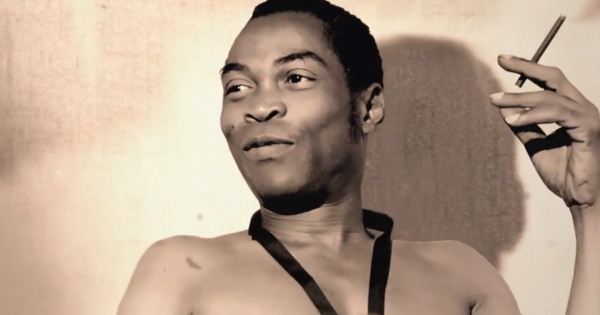 I was enjoying a game of draughts with my colleague, Babafemi Ojudu, the night of 2 August, 1997, when our company’s head driver returned from a delivery run to literally disrupt our game.

The driver said he was coming from Ikeja, where he went to deliver TheNEWS magazine. He came back bearing some earth-shaking news.

Fela, he said, had died. According to him, he heard some people discussing the death at the Ikeja Bus Stop.

Ojudu and I decided we must move out immediately to investigate the story. Fela was not just a musician. He was an iconoclast, big news, world class news.

We abandoned the game and set out immediately, also to Ikeja.

In August 1997, there was no GSM in Nigeria. There was no internet, no social media. People got their news mainly in the morning newspapers or the TV or radio bulletins. On this day, no TV or radio station broadcast Fela’s obituary as breaking news.

One of the people we could easily have confirmed the news from, Beko Ransome Kuti, was in Abacha jail. And Fela’s senior brother Professor Olikoye Ransome Kuti lived in Ikoyi.

But we set out all the same, to begin an investigation that we didn’t finish until about 2am Sunday morning.

First, we called at Fela’s house on Gbemisola Street in Ikeja. We met some of his wives and band members. They spoke with us freely on Fela and his last days. They confirmed the death of the man who had changed his name from Ransome to Anikulapo, the one who carried death in his pouch.

From there, we moved to Pepple Street in Ikeja, Fela’s shrine, where he normally held his musical shows.

The ambience was already mournful, when we arrived. We spoke with some members of the Egypt 80 band, such as Baba Ani. We also spoke with Fela’s photographer, Femi and and many others.

We jotted bits and pieces of information on the legendary Afrobeat musician, as we spoke with all manners of people.

It was already getting past midnight, when we left Pepple Street.

We decided to touch one last place: Beko’s house in Anthony, the famous 8 Imaria Street.

There was usually an iron barricade at the entrance to the street.

But on this night, it was not in place.

Someone came to attend to us as we arrived. We declared our mission: We wanted to see Nike Ransome Kuti, Beko’s daughter.

Nike was at the hospital where Fela died on Saturday 2 August. Because, she knew us as friends of her dad, she freely shared a lot of stories with us about Fela and his last days. She was our greatest source that night.

After the interaction with Nike, we headed back to the office in Ikeja.

It was already past 2am on Sunday. We did not even remember to take dinner. For about six hours, we were completely filled up with news adrenalin.

We contemplated a special edition of P.M.NEWS for the day, as P.M.NEWS at the time was published five days a week, from Monday till Friday.

Our printers were willing, but the sales staff shot down the idea, as they were not sure, they could get vendors to sell the paper.

We wrote all the stories we needed to write, up till the morning.

In the age of typesetting, we also got all the stories ready for publication.

On Sunday morning, we were surprised that only one newspaper mentioned Fela’s death. The story occupied a small space on the front page.

Apparently, the newspaper got the information, when it was ready to print and only stopped the press to accommodate the breaking news.

The same Sunday, words went round that all Fela’s wives, children and band members should stop talking. This was after they had already spoken with us, a lesson for journalists to always set forth immediately news is breaking.

In the evening of 3 August 1997, Professor Olikoye Ransome Kuti addressed the media at Fela’s Shrine, where he announced shockingly that Fela died of AIDs.

According to him, the immediate cause of Fela’s death was heart failure, but he had also suffered from AIDS.

Good enough, Olikoye’s disclosure did not take any thunder out of the stories we had gathered overnight.

On Monday 4 August, the P.M.News hit the city of Lagos with strings of exclusives, to celebrate then 58 year-old Fela, the ABAMI EDA, the strange one, who since his death had grown more in stature and relevance globally.