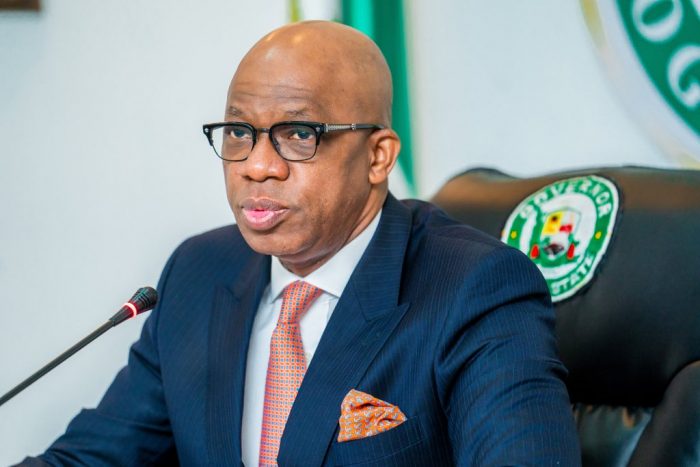 The provision of infrastructure is critical for socio-economic development in any nation. Like many states, nations, and sub-regions around the world, Ogun State has had its share of infrastructure dearth such that the systems like transportation, housing, environment, education, healthcare, agriculture, power, security, and social services like portable water are in dire need of maintenance and upgrade.

On assuming duties as the fifth Executive Governor of Ogun State in 2019, Prince Dapo Abiodun was unhappy with the deplorable condition of amenities within the state: the roads and bridges, school buildings, public hospitals and water plants, etc. He had to figure out ways of bridging the infrastructure gap to accelerate the socio-economic development vision, which was top priority.

With his diverse private sector experience on purposeful governance and robust developmental blueprint summarised as ‘Building our Future Together,’ Prince Abiodun was determined to open up all the nooks and crannies of the state through capital investments in infrastructure.

He facilitated massive road construction and rehabilitation within the 236 wards across the three senatorial districts, such that despite the meagre resources available to the state, over 50 roads have been completed and 19 are in progress within his first year in office.

Some of the road construction works include the Epe-Ijebu Ode and Sagamu-Abeokuta federal roads constructed by past administrations, but recently rehabilitated by the Abiodun administration through Public-Private Partnership. Others are Itoikin-Ibefun-Ijebu Ode, Iperu-Ilisan, Sango-Ojodu Abiodun, Ilaro-Owode, Abeokuta-Sango-Ota-Lagos, Osi-Ota-Awolowo-Navy-Kola and Balogun Kuku in Ijebu Ode. The ongoing works include the reconstruction of Opako Bridge in Adigbe, Abeokuta, several township roads and the abandoned 32-kilometre Akute-Ajuwon-Alagbole road.

As a means of exploring the state’s proximity to the country’s commercial hub, the visionary governor is also partnering with the Lagos State Government on key joint ventures. This will help to fast track development and spill over of commercial opportunities.

Noteworthy is the fact that the people of Abeokuta North Local Government in particular, are excited by Governor Abiodun’s infrastructural achievements across the length and breadth of the state.

A recent visit to different communities within the local government, showed that there has been enormous investment in infrastructure. These include the reconstructed Iberekodo General Hospital internal road, mobilisation of contractors to resume work on the Lafenwa roundabout road and Mokola flyover along Ajitadun- Adatan road, inherited from the previous administration.

Another significant project was the revival of operations in the Arakanga water treatment plant which is responsible for supplying portable water to Abeokuta metropolis and its environs. Earlier this year, the governor had visited the comatose water plant and by March, households had started enjoying good water supply.

The governor’s bias for healthcare was evident in the reconstruction the public Primary Health Centre, in Adeun, Abeokuta North Local Government. The facility upgrade included the installation of solar power equipment and fencing.

Since the inception of the COVID-19 pandemic, the administration has set up a COVID-19 isolation and treatment centre at Iberekodo, carried out an aggressive distribution of palliatives to the youths and vulnerable, and fumigated Lafenwa, Olomore and Iberekodo major markets.

Prince Abiodun’s efforts in providing funds through the Central Bank of Nigeria (CBN) Anchor Borrowers Programme, supply of weed killer, fertilizers and agriculture fields to 3,500 farmers drawn from Abeokuta North Local Government and other LGAs are some of his giant strides in agriculture.

Similarly, the mass recruitment of youths into the Ogun State Environmental Protection Agency (OGEPA) and vocational trainings for artisans in plumbing, electrical and building works are under the direct labour initiative of the state ministry of housing. Also, several sons and daughters of Abeokuta North Local Government Area have been offered political appointments to the credit of the governor.

The establishment of Oko Owo Dapo and Care for Widows’ schemes have been great sources of empowerment and increased productivity for the beneficiaries. These welfare initiatives have positively impacted and improved the socio-economic activities in the beneficiary communities.

In like manner, the donation and installation of two new distribution transformers to Kemta/Ilugun in Abeokuta North Local government have resuscitated life and commercial activities.

Without any doubt, Prince Dapo Abiodun has demonstrated to the people of Ogun State that delivering good governance is not a rocket science. With his “Building our Future Together” agenda, which was inspired by the ‘Hope 93’ message of the legendary Ogun son, late Aare M.K.O. Abiola, Ogun State is set for the top.