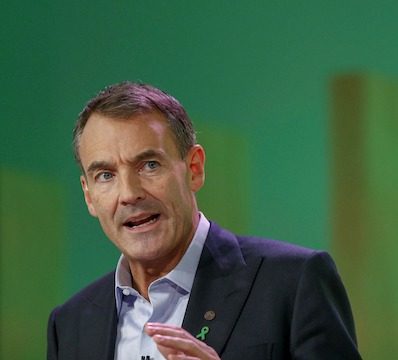 Global energy giant BP on Tuesday reported a post-tax loss of $6.7 billion dollars in the second quarter amid lower oil prices and writedowns.

The loss compared to a post-tax profit of 1.8 billion dollars in the April to June period a year ago.

The company said that costs for write-downs of inventories and exploration charges weighed heavily on the results.

BP’s net loss was in line with analysts’ expectations and was largely a result of the company’s decision to wipe $6.5 billion off the value of oil and gas exploration assets after it revised its price forecasts.

BP recorded total impairments of $17.4 billion, at the upper end of its previous guidance.

Second-quarter oil prices were down by over one half compared to a year ago in the wake of the coronavirus pandemic and a oil price war between Saudi Arabia and Russia earlier this year.

“These headline results have been driven by another very challenging quarter, but also by the deliberate steps we have taken as we continue to reimagine energy and reinvent BP,” chief executive Bernard Looney said.

By the end of decade, Looney said BP would be investing around 5 billion dollars in low-carbon projects a year, and during the same period expected daily oil and gas production to drop by 40 per cent from 2019 levels.

The company said it would cut its dividend payout for the first time since the Deepwater Horizon oil spill in the Gulf of Mexico in 2010.

BP shares rose more than 7% on Tuesday after it unveiled earlier than expected a plan to reduce its oil and gas output by 40% and boost investments in renewable energy, such as wind and solar, over the next decade.

All major oil companies suffered in the second quarter as lockdowns to contain the new coronavirus limited travel and oil prices fell to their lowest in two decades.

Several, including Royal Dutch Shell and Norway’s Equinor, cut their dividend in response.

BP’s loss, based on BP’s current accounting definition, is the first recorded on Refinitiv Eikon data. Looney called it the “toughest quarter in the industry’s history”.

Reported by Dpa/ Reuters and Nan