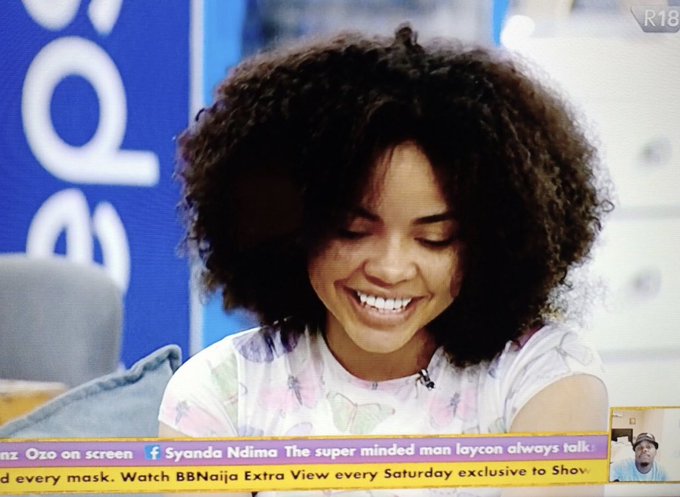 Fans took to social media to call out 2020 Big Brother Naija housemate Nengi for being in the bathroom with this week’s head of house Ozo.

This comes after Ozo emerged head of house last night and picked his best friend Dorathy as deputy, but later went to his crush Nengi to explain his actions.

They ended up in the bathroom having a conversation, which caused an uproar on social media concerning their favorite housemate.

Prince queried Nengi about her discussion with Ozo in the shower. She said she went to have a convo wit him and dat is the same thing Neo said, but you rugrats changed it to dy showered naked together. Go and vote ur fav so u can have more late night kiddrica moments 😐#BBNaija pic.twitter.com/hlYkVJCc4p

This was their conversation on Sunday but we know that doesn't suit your narratives. Still stands, she is NOT loose.#BBNaija pic.twitter.com/9I40LEhghV

So nengi goes behind camera (They know where camera is and isn't) to show ozo that she really likes him. Ozo will now be looking like he's the one chasing her on camera. Jesu. We the viewers only see 10 percent of whats going on. Let's judge less #BBNaija

Ozo has consistency issues in regards to emotions . He wants Nengi but at the same time wants Dora for keeps . Dora understands her worth & doesn’t want to settle for such emotional quagmire so she suggests to be a good friend while Nengi keeps making Ozo look small . #bbnaija

22 year old Rebecca “Nengi” Hampson is an entrepreneur from Bayelsa State, Nigeria. She is a former model and MBGN Top 5 contestant.