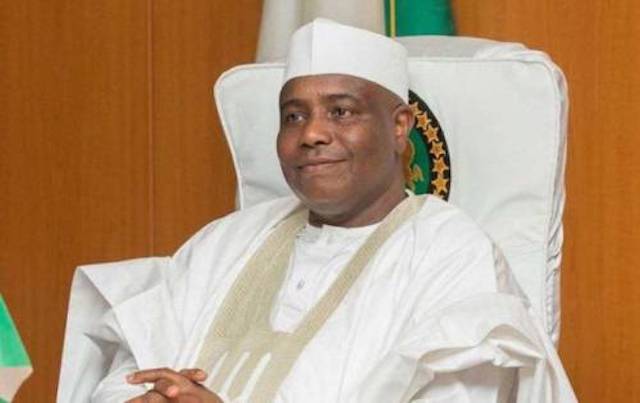 Governor Aminu Tambuwal: stampede over his cash led to tragedy

Malam Muhammad Bello, the Governor’s Special Adviser on Media And Public Affairs disclosed this in a statement on Tuesday.

Bello said the gesture was part of government’s thrust as encapsulated in its committee on the prerogative of mercy protocols.

He said three inmates out of the 17 were serving terms for federal offences while the remaining were held for state offences.

He added that the state Commissioner for Justice and Attorney-General, Suleiman Usman, SAN, facilitated the processes.

“The pardon takes cognisance of the executive powers vested in the governor to offer mercy to inmates by the 1999 Constitution as amended.

” The gesture is also aimed at enabling the ex-prisoners to reunite with their family members and become decent citizens.

” It was also intended to decongest the prison and protect the inmates from being affected by the COVID 19 pandemic. ” Bello said.

He called on the pardoned inmates to shun vices and engage in viable ventures that would uplift their living standards.

He said: “This exercise is carried out on a routine basis to deserving inmates in order to offer mercy to them.”

He said the Attorney General also presented N50,000 cash assistance to each of the pardoned inmates from the state government during the exercise.

Bello noted that the cash is to enable them to set up useful ventures as they start a new life out of prison.

The governor’s spokesman explained that the state Controller of Correctional Service, Mr Sama Tsafe, who was represented by the Deputy Controller in charge of the Prison, Mallam Idris Muhammad, thanked the state government for its continued support and encouragement to the prison.