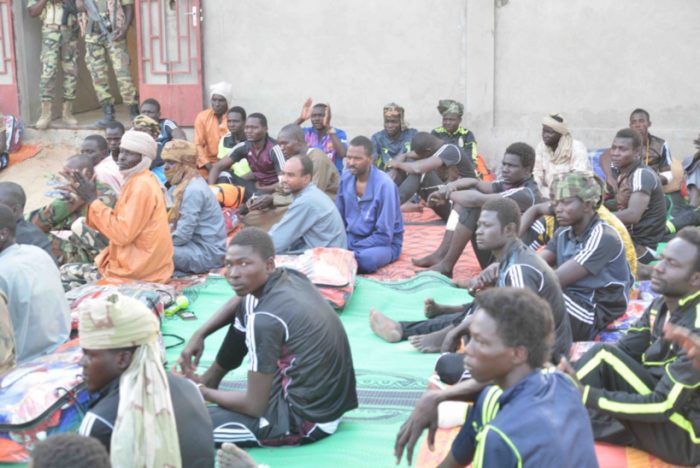 Maj.-Gen. Ibrahim Yusuf, Force Commander, Multinational Joint Task Force (MNJTF) has given assurance to the capitulating Boko Haram terrorists that they would be given humane treatment.

Yusuf made the promise during an interaction with the surrendered fighters in Mora, Extreme North Region, Cameroun.

He said that the Boko Haram /ISWAP idea was misplaced and orchestrated by few misguided individuals who desired to inflict suffering on millions of people in the Lake Chad Basin, for their own selfish and personal interests.

The Commander urged them to encourage their former colleagues and friends who are still in the bush to come out and surrender.

Spokesperson of the group commended MNJTF authorities for accommodating and catering for them and their families.

He noted that contrary to a widely held opinion that fighters who surrendered are being killed, members of his group are safe.

According to the representative, their commanders told them that they will be killed if they surrender.

”But here we are being treated like human beings,” the spokesperson said.

The representative expressed regret over the atrocities that they were misled to commit and prayed for forgiveness.

The statement noted that the Force Commander also used the opportunity to operationalise the EU funded direct supply of Petroleum, Oil and Lubricants to Sector 1 of the MNJTF.

”It will be recalled that fortnight ago, the MNJTF launched the programme in Sector 4 Diffa (Niger Republic).

“All sectors of the MNJTF are benefiting from the EU intervention,” it added.