Meghan wins one against Daily Mail 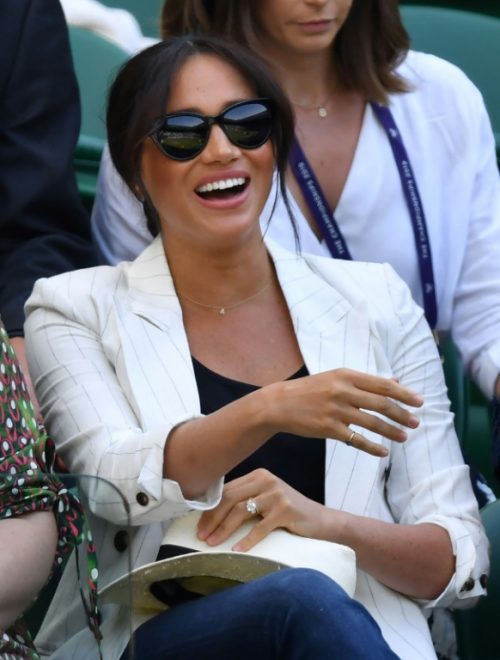 A day after her 39th birthday, Meghan, the Duchess of Sussex, has won a court battle to keep the names of five of her friends private for the time being.

The request was part of her legal action against a British tabloid which she accuses of invading her privacy.

Meghan, wife of Prince Harry, is suing Associated Newspapers over articles in the Mail on Sunday that included parts of a handwritten letter she had sent to her estranged father, Thomas Markle, in August 2018.

As part of its defence, the paper argues that it published the letter in Feb. 2019 after five of Meghan’s friends gave anonymous interviews to the U.S. magazine People.

The duchess argues that she did not authorise her friends to speak to People and that the Mail on Sunday only wanted to name them to exploit the legal dispute for commercial reasons. She says naming them would pose a threat to their “emotional and mental wellbeing”.

Judge Mark Warby ruled at London’s High Court that their names could not be published for the moment, but that this could change.

“I have concluded that for the time being at least the Court should grant the claimant the orders she seeks, the effect of which will be to confer protection on the sources’ identities,” he said.

The anonymity issue is one of a number of preliminary matters with the full trial not expected until next year.

Warby said the case had already taken 10 months and was still “some way from trial”, saying it needed to move forward at a greater pace.

“The duchess felt it was necessary to take this step to try to protect her friends – as any of us would – and we’re glad this was clear,” said a source close to Meghan, speaking on condition of anonymity.

“We are happy that the judge has agreed to protect these five individuals.”

Meghan and Harry are now living in Los Angeles with their baby son Archie having stepped down from their royal roles at the end of March.

Increasingly hostile relations between the royal couple and some British newspapers they accused of intrusive, inaccurate and sometimes racist coverage was one of the reasons why the couple left Britain for the United States.