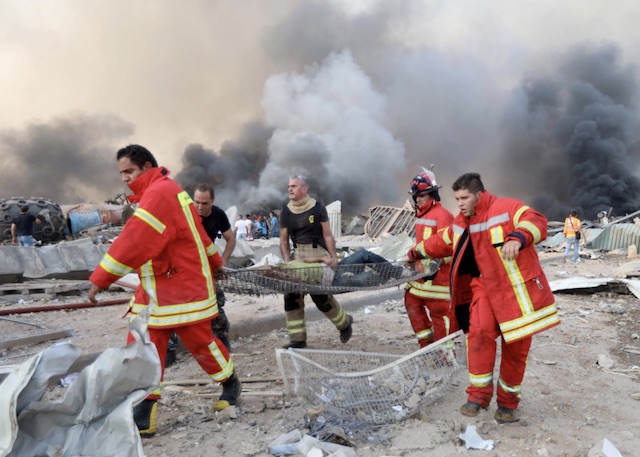 Rescue workers at the scene of Beirut explosion

The World Health Organisation has confirmed that twenty tons of UN supplies to treat people injured by the massive blast in Beirut have reached the Lebanese capital.

An aircraft delivered the WHO shipment that covers 1,000 trauma interventions and 1,000 surgeries.

The UN health agency said in a statement that it would distribute the supplies to hospitals across Lebanon that have been receiving patients from Beirut, as three hospitals in the city are no longer functional and two were partially damaged by the explosion.

“The legendary resilience of the Lebanese people has rarely been so severely tested,” the organisation said.

It noted that Tuesday’s chemical accident came on top of civil unrest, an economic crisis, the coronavirus pandemic, and the country’s burden of hosting nearly 900,000 Syrian refugees.