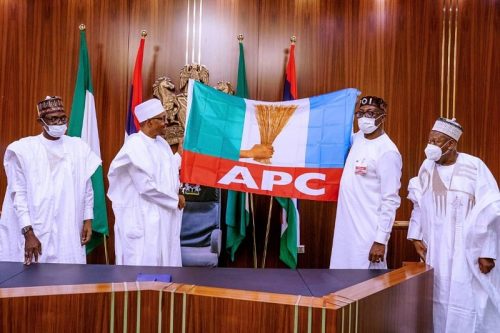 President Muhammadu Buhari is currently playing host to the governorship candidate of the All Progressives Congress in Edo State, Pastor Osagie Ize-Iyamu, at the Presidential Villa, Abuja.

Ize-Iyamu was accompanied by the Chairman, Caretaker Committee of the APC and governor of Yobe State, Mai Malla Buni, and Kano State governor, Abdullahi Ganduje.

The meeting is coming on the heels of the disruption of the Edo State House of Assembly, which occurred on Thursday and the alleged impeachment of the Speaker, Frank Okiye, by lawmakers loyal to APC.

However, Okiye has described his alleged impeachment as “a non-issue.”