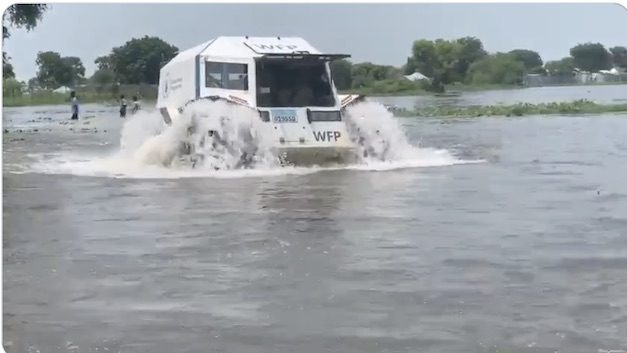 At least 150,000 people have been uprooted from their homes due to heavy flooding in the eastern Jonglei state in South Sudan, local authorities said on Friday.

Gabriel Deng Ajak, state director for Relief and Rehabilitation Commission, said thousands of people have been displaced in most parts of Jonglei region, which has also been experiencing inter-communal violence since July.

“It is terrible. People have been displaced in Bor town, Twic East due to flooding. The population in the Jonglei region in the places of Bor, Twic East, Duk and Ayod is about 150,000 people,” Ajak told Xinhua by phone from Bor.

He said the water level has risen by 1.5 meters following heavy rainfall since July.

Inter-communal violence has affected 400,000 people in the region prior to flooding, Ajak said.

“We urge the national government and the aid agencies to help our people from this bad situation,” he said.

United Nations agencies said last year that an estimated 900,000 people were displaced due to flooding in Jonglei, Pibor and Eastern Equatoria regions.

The World Food Program and the UN Food and Agriculture Organization recently warned that 60,000 people in South Sudan were staring at hunger due to inter-communal violence in Jonglei and Pibor regions.

The agencies said the violence in eastern South Sudan is making more people suffering from hunger, when the country is in its annual lean season, where at least 6.5 million people, or more than half of the country’s population, are already facing severe acute food insecurity and in need of humanitarian assistance.

South Sudan is currently implementing a fragile peace deal signed in 2018 to end more than six years of conflict.