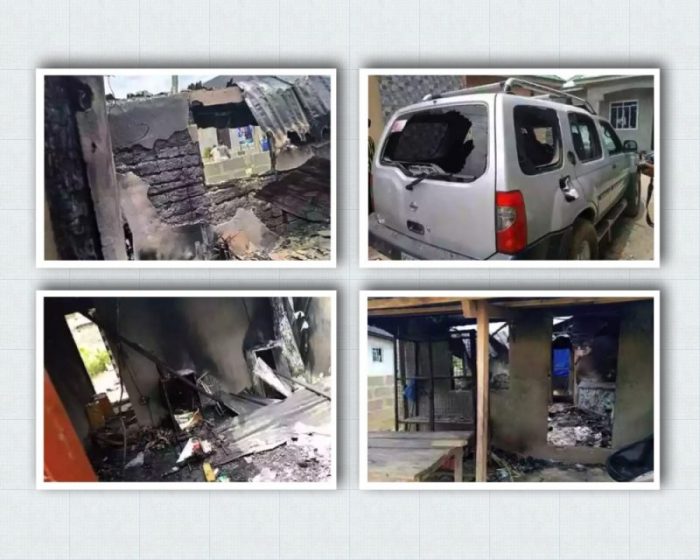 The gunmen left a trail of destruction and blood

Nigerian Police have begun a massive manhunt for unidentified gunmen, who stormed a church in the southern state of Bayelsa on Wednesday night, leaving a trail of blood and destruction.

The attackers, suspected to be cultists killed a couple and two worshippers in the church in Azikoro Village, near the capital of Yenagoa.

The rampaging hoodlums also burnt down the nearby house, church properties, cars and injured other worshippers before fleeing the scene of crime.

The motive was not clear. But two suspects have been arrested

But Bayelsa State Police Command said it has launched a manhunt for the gunmen as it also identified their victims.

In a press statement by SP Asinim Butswat,Police Public Relations Officer,PPRO of the
Bayelsa State Police Command said that Operatives of “Operation Puff Adder” had earlier traced the hideouts of the cultists in the bush, dislodged them and burnt their camp.

It was believed that this could be a reprisal attack by them.

The Commissioner of Police Mike Okoli visited the crime scene on Thursday.

He gave an assurance that his team would unravel the motive for dastardly attack.