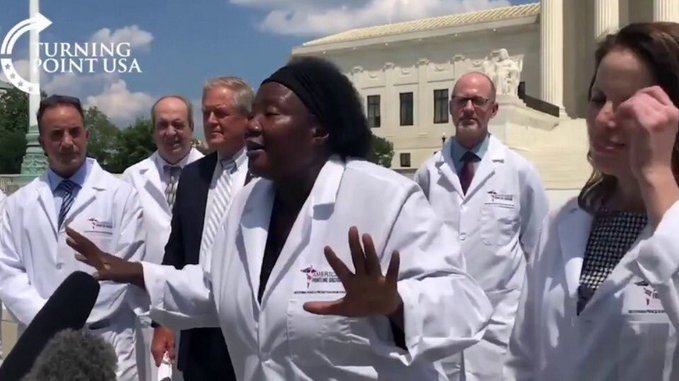 Dr. Stella Immanuel, the woman who took the world by storm last month when she claimed that Hydroxychloroquine is the potential cure for Coronavirus, is in the news again. This time, he said God has called her to give life to a terrified world.

Immanuel had claimed that antimalarial drug, hydroxychloroquine, zinc, and antibacterial drug, Zithromax, were effective cures for the coronavirus.

But her testimony has been dismissed as politically motivated.

Immanuel had been silent since then, but on Friday, she was heard again as she tweeted in defense of her assertion, but this time, she went spiritual.

According to her, God had called her to usher His life-giving presence and bring hope to a terrified world.

She said the enemy would soon be defeated and the world would be liberated from the shackles of Coronavirus.

“God has called me in this season to usher in His life giving presence and bring hope to a terrified world. God has had mercy on us.
”He will turn things around soon and the enemy will be defeated. Soon! May our hearts be filled with hope in Jesus name,” she tweeted.
Tags:   Dr Stella Immanuel