Tinubu slams Obasanjo: 'We shall all die, let's be kind to the dead' 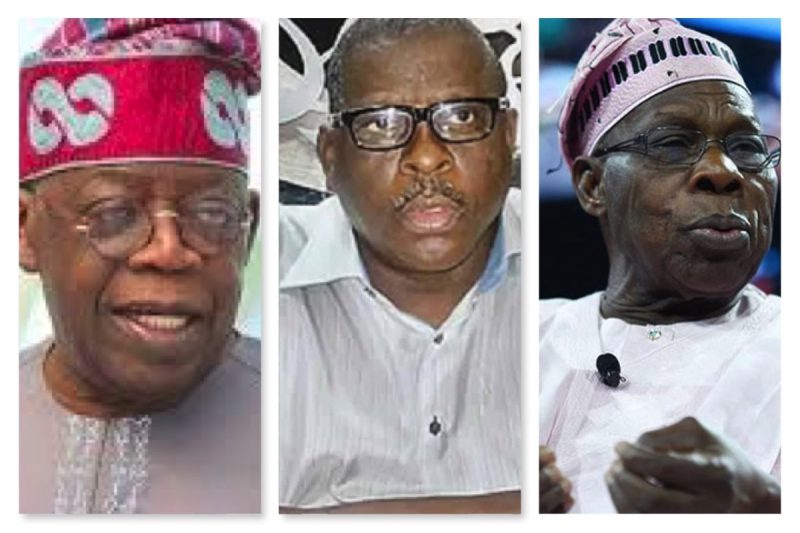 Asiwaju Bola Ahmed Tinubu, the All Progressives Congress Leader may have sent an unmistakable reaction to former President Olusegun Obasanjo’s condolence message on the death of Senator Buruji Kashamu.

In Tinubu’s condolence message, he underscored the need to show kindness to the dead, a quality missing in Obasanjo’s own.

Tinubu said Kashamu’s death demonstrated the “transience of human life and rekindles the fact that death is inevitable for every mortal.”

Without addressing Obasanjo directly, Tinubu dropped a line of moral lesson to the former president:

“It behoves on us to be kind to the dead”.

On Saturday, Obasanjo had issued a controversial condolence message to Ogun governor, Dapo Abiodun, by dredging out the past of the senator.

“The life and history of the departed have lessons for those of all us on this side of the veil. Senator Esho Jinadu (Buruji Kashamu) in his lifetime used the maneuver of law and politics to escape from facing justice on alleged criminal offence in Nigeria and outside Nigeria.

“But no legal, political, cultural, social or even medical maneuver could stop the cold hand of death when the Creator of all of us decides that the time is up”, Obasanjo wrote.

His message triggered debate, as to whether he had not broken the cultural norm, by speaking ill of the dead.

The jury is still out to decide whether he was right or wrong.

Tinubu in his own message, expressed deep shock and sadness about Buruji’s death.

According to him, Buruji’s death has lengthened the grotesque list of important personalities that have been lost to the COVID-19 pandemic.

“It is also a sad reminder that the deadly virus remains very much with us. We must all continue to embrace all the protective protocols recommended by the government and health authorities, even as we gradually begin the re-opening of our economy and return to a new normal in our lifestyles”.

“He was a notable leader in the country and a true grassroots politician.

“He fought for his convictions, for the people of Ogun State and for his country.

“Senator Kashamu was also a good party man. He was unwavering in his support for his party, PDP, through all the twists and turns of his political life.

“His passing is a big loss to the larger political family in Nigeria.

“He worked assiduously to advance the political and economic fortunes of his state.

“Kashamu represented, with merit, Ogun East in the 8th National Assembly and worked well for his constituents. He was a kind and generous man, a philanthropist in his own right and an astute businessman.

“I admire his political doggedness and sagacity, and his steadfastness in pursuing whatever he believes in, though we were never in the same political party.

“I mourn with his family, particularly his wives, children and grandchildren. May Almighty Allah lay His hands of protection on them at this moment. I mourn with his friends and associates across the country”, Tinubu said.