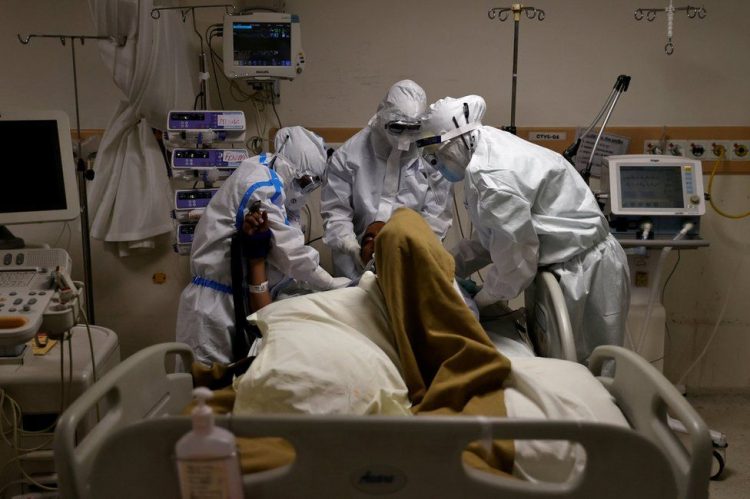 World COVID-19 cases surpassed the 20 million mark on Sunday night, as three of the worst hit countries also hit grim milestones of their own.

According to worldometers.info, total confirmed cases were tallied at 20,016,286, with the death toll also estimated at 733,592.

The United States, Brazil and India account for more than 50 percent of the cases.

Several Latin American countries, such as Mexico are also responsible for the exponential growth in COVID-19 cases.

India crossed the 2million mark on Friday. And in 72 hours, it has logged in over 200,000 additional cases.

The United States with the world’s largest COVID-19 cases of 5,199,444 on Sunday night, also has the world’s worst death record of 165, 417, according to worldometers.info.

Brazil which hit 3,035,582 cases on Sunday, is second to the United States in death toll and accumulated cases.

Brazil reported 23,010 new cases and 572 deaths from the disease caused by the coronavirus in the past 24 hours, the health ministry said on Sunday.

Dr. Anthony Fauci told Reuters on Wednesday there could be at least one vaccine that works and is safe by year-end.

But Trump offered a more optimistic view, saying it was possible the United States would have a coronavirus vaccine by the time of the Nov. 3 presidential election.