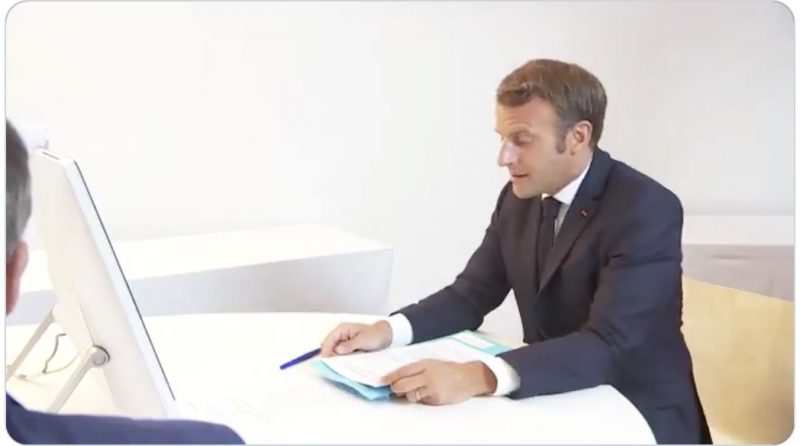 Beirut, the Lebanese capital was rocked last week by two huge explosions that have claimed at least 158 lives and injured 6,000 others.

The donors thereafter issued a joint statement, pledging solidarity with and support for the Lebanese people.

“The participants agreed that their assistance should be timely, sufficient and consistent with the needs of the Lebanese people, well-coordinated under the leadership of the United Nations, and directly delivered to the Lebanese population, with utmost efficiency and transparency,” said the statement.

“To help Lebanon overcome the tragedy and recover better, we will need all hands on deck,” UN Deputy Secretary-General Amina Mohammed told the conference.

“The Lebanese people deserve a stable and secure future,” the UN deputy chief said, adding that “with determination and solidarity, we can help them reach that long-sought goal.”

Calling for quick reconstruction support at the conference, Lebanese President Michel Aoun said “we have great needs at the moment and we must meet them quickly before the winter as citizens will suffer a lot without shelters during the cold weather.”

“The earthquake struck us while we are in the midst of economic and financial crisis, in addition to the existence of over 1 million refugees in Lebanon and the repercussions of COVID-19. Dealing with all these is way beyond the capacity of Lebanon,” Aoun added.

A dozen of countries and international organizations have expressed solidarity and sympathy with Lebanon over the deadly explosions, with medical supplies and foodstuff to the Middle East country.

The United Nations High Commissioner for Refugees (UNHCR) said Friday that it is mobilizing assistance to support its staff and refugees affected by the deadly blasts.

“We are making available our stocks of shelter kits in the country, plastic sheets, rub halls, and tens of thousands of other core relief items including blankets and mattresses for immediate distribution and use. Additional stockpiles in the region will come in reinforcement,” the UNHCR said in a statement.

Lebanon has received field hospitals from a number of countries in the past few days, including France, Jordan, Russia and Qatar, to aid in the treatment of injured people and COVID-19 patients.

The blasts hit the Port of Beirut at around 6:10 p.m. local time (1610 GMT) on Tuesday, causing massive casualties and costing the city 3 billion to 5 billion dollars in property losses.

The causes of the blasts remain unknown and an investigation is underway, but Interior Minister Mohammad Fahmi said the 2,700 tons of explosive chemicals stored at Port of Beirut may have led to the explosions.

A number of members of parliament also presented their resignations a day earlier due to the explosions.