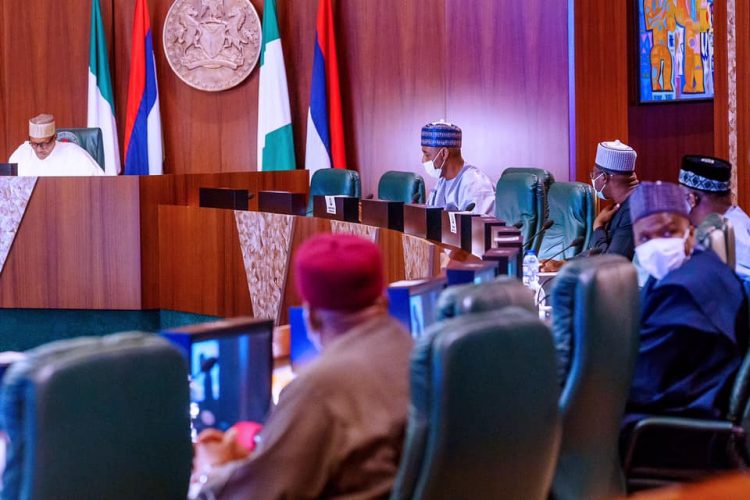 Following the recent adoption of new strategies, and the acquisition of modern military equipment, President Muhammadu Buhari has assured that security will be restored to Borno State, the Northeast, and the nation at large.

Buhari gave the assurances on Monday at the State House in Abuja during a meeting with the five Northeast State Governors.

Also, at the meeting were Vice-President Yemi Osinbajo; the National Security Adviser, Major General Babagana Monguno (retd); the Chief of Staff, Prof. Ibrahim Gambari, the Inspector-General of Police and the heads of intelligence agencies.

President Buhari said: “Things will improve very soon. We are acquiring modern equipment; some are here, some are being cleared, and others still coming. We need patience with acquisition of equipment. You need to train the trainers for their usage ahead of their deployment to the field.”

“I have listened to your presentation,” he told the Governors, who spoke through their Chairman and Governor of Borno State, Prof. Babagana Zulum.

“I assure you, the Northeast Governors, especially that of Borno, that we go to bed and wake up thinking about you, how to secure our country, that is the responsibility of every government. Our party campaigned in 2015 on three major objectives, among which is Security. We said the same thing in 2019 and Nigerians believed us. We are doing our best, and we will continue to do even better.”

The President lamented the impact on the COVID-19 pandemic on the economy, making scarce resources even scarcer, coupled with its severe impact on the supply chain of military equipment and spare parts.

“Our government is doing its best on the question of equipment and the military know. We have equipment coming from some countries. The acquisition of military wares and spares is not easy, especially if you are not the manufacturer,” he emphasized.

The Secretary to the Government of the Federation, SGF, the Chief of Staff, the National Security Adviser and all the Service Chiefs who spoke in support of the President, assured that things will get better soon.

They made a strong case for strengthening ties among the military, state governments, traditional institutions and all communities and the residents of the region.

The Chief of Army Staff, Lt. General Tukur Buratai gave an assessment of the current efforts, stressing that Boko Haram terrorists have been flushed out of all the States in the region, leaving Borno State as the last stop.

According to him, “There are no Boko Haram terrorists in neighbouring states. They have been pushed out, and now cornered in Borno State. We are coordinating with civil and traditional authorities, mobilising and reinforcing and all we need is patience. We will not relent.”

On his part, the Chief of Air Staff, Air Marshal Sadique Abubakar, briefed the meeting on the acquisition of military aircraft, stressing that the imminent arrival of Unmanned Aerial Vehicles, UAVs, known as drones with more than 10 hours of flying time, would strongly reinforce the battle front.

Briefs were also received on equipment needs of the Police as well as the changing alliances between criminal gangs and terrorist groups in the region from the Intelligence Community.

In their address at the beginning of the meeting, the Northeast Governors noted that the security situation in the region has now greatly improved, compared to the time the President assumed office.

While commending President Buhari for the establishment of the Northeast Development Commission and the take-off of Mambila Dam Power Project, they, however, called for attention to the condition of most of their roads.

They also warned of the consequences of a “War Economy” and the need to address the root causes of the insurgency.

According to the Governors, “A large population in the region, especially in Borno State, have no access to their homes and farmlands,” while calling for efforts to curtail the “increasing trust deficit between the population and the armed forces.”