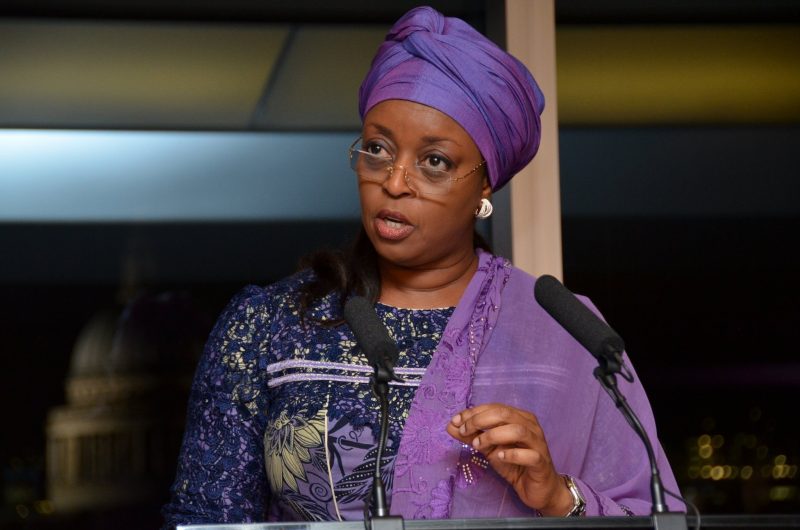 Nigerians on Monday attacked the former Minister of Petroleum Resources, Diezani Alison-Madueke, over her statement that online fraudsters, also known as ‘Yahoo boys’ are now role models in the country due to drop in moral values.

The former minister who stole a whopping sum of $2.5 billion fled the country after leaving office to escape been prosecuted by the Economic and Financial Crimes Commission, EFCC, over money laundering charges.

Twitter users launched attacks on the former minister, who is being investigated by the Economic and Financial Crimes Commission, EFCC for alleged fraud running into billions of dollars, saying she does not have the right to criticize them.

Alison-Madueke made the statement while delivering a lecture at a virtual event organised by the Ijaw National Development Group, which was also attended by her former boss, ex-President Goodluck Jonathan.

Diezani stressed the need for mentorship of young people, saying only hard work could guarantee success, but her statement did not settle well with many Nigerians on social media.

In Nigeria, once you have money, you are a role model even without the knowledge of what you do for a living.

Them being “role model” doesn’t mean “we aspire to do yahoo/fraud”. It means we want to have money and flex like them.

Money no dey and Diezani and her kind caused it! https://t.co/T0wRup6UQt

Hushmummy, another fugitive, criticised Yahoo Yahoo Boys. The audacity, boldness and temerity. Because there are no serious consequences for looting the Nigerian treasury.

Woke up to see Yahoo trending and it was started by our very own Yahoo Alumni Alison Madueke, the real OG Agba Yahoo 😄😄 pic.twitter.com/shxyCnJ9IE

Some should keep their stones in their pocket please, and stop all this PowerPoint they're trying to prove with their talks about yahoo in Nigeria

yahoo boys should be pardoned, de-radicalized and granted amnesty.
No offence is as grave as taking human lives, if pmb can forgive terrorists then thieves, pocket pickers, kidnappers.

it's treason to be responsible….
it's against the country's ethics to not be corrupt.

Let us make it 606. Because she spent years as minister…

What about the people that invited her for event. Imagine pablo escobar speaking on drug abuse