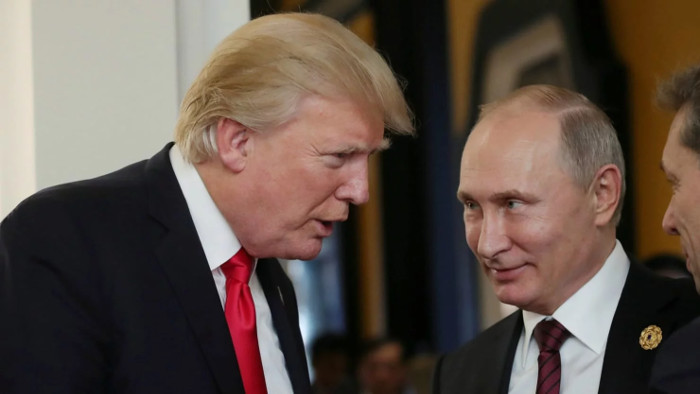 Trump, Putin: The Russians accused of meddling in 2020 US election

The New York Times Magazine claimed that the Trump administration last year pressured the Office of the Director of National Intelligence to delete part of a report that concluded Russia was aiming to help Trump win reelection in 2020.

When former director of national intelligence Dan Coats refused to delete that conclusion from the report, Trump forced him to retire earlier than planned, according to the investigation by the Magazine.

Previous reports from the FBI, CIA, and NSA concluded that Russia attempted to help Trump win in 2016 — and Vladimir Putin said publicly he wanted Trump to win — but Trump has denied those reports’ accuracy.

The new report, known as a National Intelligence Estimate, was compiled by the Office of the Director of National Intelligence (ODNI) in July 2019 and made several “key judgments” about matters of national security. “Key Judgement 2” in the report concluded that Russia aimed to interfere in the 2020 election to help Trump, unnamed national security sources told Times reporter Robert Draper.

Trump was reportedly unhappy with that finding. He has repeatedly denied the assertion that Russia tried to help his campaign in 2016 despite reports from the FBI, CIA, NSA, Justice Department, and Republican-led Senate Intelligence Committee that supported that conclusion.

Russian President Vladimir Putin has similarly denied interfering in the 2016 election, but has also said he wanted Trump to win.

“I can affirm that one of my staffers who was aware of the controversy requested that I modify that assessment,” Coats said. “But I said, ‘No, we need to stick to what the analysts have said.'”

Shortly after that exchange, Coats was surprised to learn that Trump was forcing him into early retirement.

He was first made aware of the news when Trump tweeted that Coats’ last day as DNI would be August 15 — months before Coats planned to retire.

After Coats’ departure, the National Intelligence Estimate was published with softer language describing Russia’s potential motivation for interfering in the 2020 election.

Instead of directly concluding that Russia wanted Trump to win in 2020, the report was updated to state that “Russian leaders probably assess that chances to improve relations with the US will diminish under a different US president.”

The changes were made, according to an email reviewed by the Times, following edits by Beth Sanner, an ODNI official who presents President Donald Trump’s daily national intelligence briefings.

The episode is part of a broader conflict between Trump and US intelligence communities, Draper reported.

After years-long FBI probe into possible ties between the Trump campaign and Russia, Trump’s Republican allies in Congress are now pushing an investigation into whether the FBI overstepped its authority.