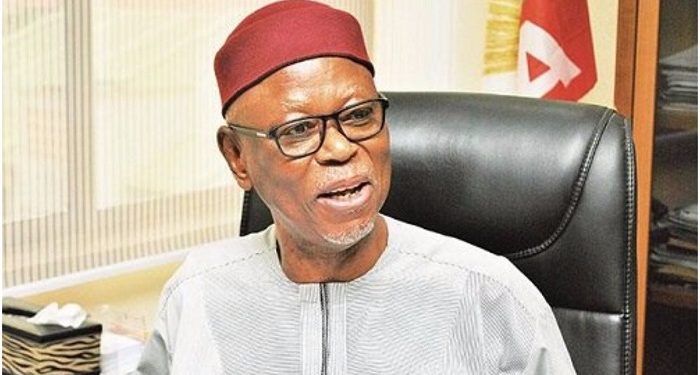 The All Progressives Congress (APC) on Tuesday celebrated elder statesman and former National Chairman, H.E. Chief John Odigie-Oyegun on the occasion of his 81st birthday.

This is contained in a press statement signed by Yekini Nabena, Deputy National Publicity Secretary, All Progressives Congress (APC).

It read; ”Our great Party rejoices with Chief Odigie-Oyegun and his family, friends and associates for the good health, exemplary life and good tidings the Almighty God has granted him.

”Chief Odigie-Oyegun is undoubtedly a man of many positive firsts. The country’s youngest permanent secretary, first elected governor of Edo State, first national chairman of the APC who led us as then opposition party to presidential victory in 2015 after defeating the then ruling Peoples Democratic Party (PDP).

”Indeed, there is much to celebrate as Chief Odigie-Oyegun clocks another year in an illustrious life journey.

”A gentleman with uncommon humility, our great party attests that Chief Odigie-Oyegun remains a voice of reason in the national polity and a strong advocate of the APC’s progressive ideals and mantra.

”In the ongoing drive by the Governor Mai Mala Buni-led APC Caretaker/Extraordinary National Convention Committee to reposition the party and ensure peace and unity across party ranks, the Party continues to count on the support of Chief John Odigie-Oyegun and other party leaders to achieve this goal.

”The Party prays for Chief Odigie-Oyegun a long, healthy and fulfilling years in service to the Party and country”.