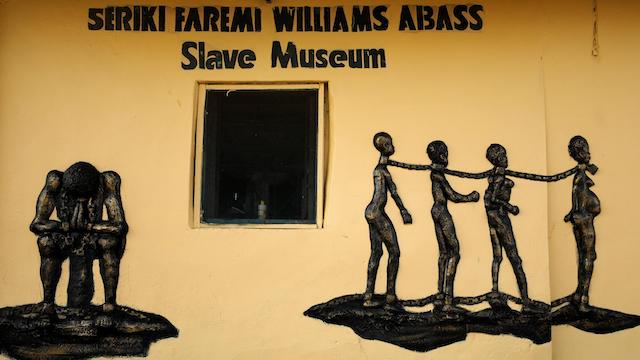 During the period of the transatlantic slave trade, more than 12.5 million enslaved persons were shipped from Africa to the Americas with about 3.5 million of them from Nigeria.

Today there are communities of people with Nigerian ancestry mostly in Brazil, Cuba, and Jamaica who have retained some of their ancestral beliefs and traditions.

In the largest DNA study of people of African ancestry in the Americas, researchers found an overrepresentation of Nigerian genetic ancestry in the United States and Latin America compared to the proportion of enslaved people shipped to these places from regions within modern day Nigeria.

While the finds from the genetic study are largely supported by established narratives and historic records of the transatlantic slave trade, there were also inconsistencies.

The researchers put forward a new narrative explaining the variations in African ancestry in the Americas and how these variations were shaped by the transatlantic and a later intra-America slave trade whose impact was only recently understood.

The study which involved the DNA of 50,281 people of African descent in the United States, Latin America and western Europe was carried out by the consumer genetics company, 23andMe.

The genetic data was analyzed against historical records of over 36,000 transatlantic slave trade voyages that happened between 1492 and the early 19th century.

The overrepresentation of Nigeria ancestry is said to be a result of intra-American slave trade between the British Caribbean and mainland Americas.

Previous genetic studies have shown that African Americans in the US have more African ancestry from populations that lived near present-day Nigeria than from populations that lived elsewhere in Atlantic Africa (Western and west central Africa). In agreement, it was shown in this study Nigerian as the most common ancestry within the US, the French Caribbean, and the British Caribbean.

This is despite, nearly half of the slaves who landed in the United States coming from Senegambia (Gambia, Guinea, Guinea-Bissau, Senegal) and West-Central Africa (Democratic Republic of Congo and Angola), a considerable number of the remaining half had their origins in Ghana as well as Ivory Coast.

The overrepresentation of Nigeria ancestry reported was found to be a result of the later intra-American slave trade between the British Caribbean and the mainland Americas.

The intra-American trade which was an inter-colonial trade involving over 11,000 slave voyages within the Americas stretched as far as Boston to Buenos Aires and also Atlantic and the Pacific littorals.

Intra-American trade records show that while the transatlantic voyages were going on, slave traders transferred nearly 500,000 slaves throughout the Americas with most intra-American voyages originating in the Caribbean.

The researchers also reported Senegambia underrepresentation in the Americas such as in northern South America and Central America despite being the source of nearly half of the enslaved persons who landed at ports in the areas.

This underrepresentation was linked to the fact that Senegambia is one of the first African regions from which large numbers of people were enslaved in the Americas. It was presumed to have resulted in reduced African ancestry in the population. A presumed high mortality rate in the Americas amongst enslaved persons from Senegambia was also given a possible reason.

Also in the study, the United States and the British Caribbean were found to have the highest African ancestry in the Americas. Previous genetic studies have also reported a lower proportion of Latin Americans with African roots compared to the proportion of African Americans in the United States. This is despite historical records shows that over two-third of enslaved people who arrived in the Americas landed in Latin America with less than 5% landing in mainland North America.

This low representation was presumed to also be due to high mortality among enslaved people in Latin America and a high rate of intermarriage between them and native Americans resulting in reduced African ancestry in the population.

*This article was first published in Quartz Africa