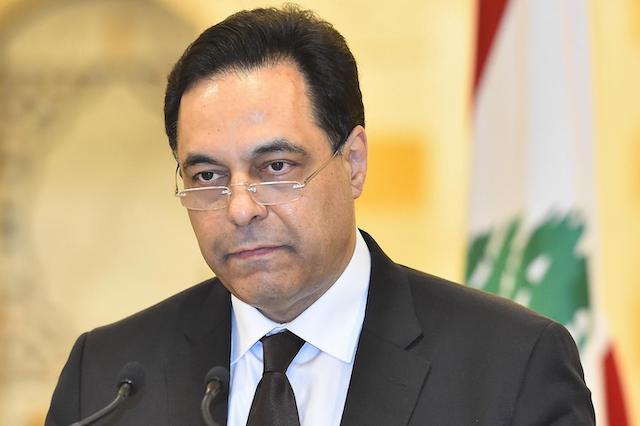 The Aug. 4 detonation at a port warehouse of what authorities said was more than 2,000 tonnes of ammonium nitrate killed at least 163 people, injured more than 6,000 and destroyed swathes of the Mediterranean capital, compounding months of political and economic meltdown.

“Today we follow the will of the people in their demand to hold accountable those responsible for the disaster that has been in hiding for seven years,” Diab said in a speech announcing the resignation.

He blamed the disaster on endemic corruption and said those responsible should be ashamed because their actions had led to a catastrophe “beyond description”.

“I said before that corruption is rooted in every lever of the state but I have discovered that corruption is greater than the state,” he said, pointing to a political elite for preventing change and saying his government faced a brick wall on reforms.

While Diab’s move attempted to respond to popular anger about the blast, it also plunged Lebanese politics deeper into turmoil and may further hamper already-stalled talks with the International Monetary Fund (IMF) on a financial rescue plan.

The talks, launched in May, were put on hold due to inaction on reforms and a row between the government, banks and politicians over the scale of vast financial losses.

President Michel Aoun accepted the resignation and asked Diab’s government – formed in January with the backing of Iran’s powerful Hezbollah group and its allies – to stay as a caretaker until a new cabinet is formed, a televised announcement said.

At the White House, U.S. President Donald Trump said the explosion had triggered what he called “a revolution,” but did not comment further.

Ahead of Diab’s announcement, demonstrations broke out for a third day in central Beirut, with some protesters hurling rocks at security forces guarding an entrance leading to the parliament building, who responded with tear gas.