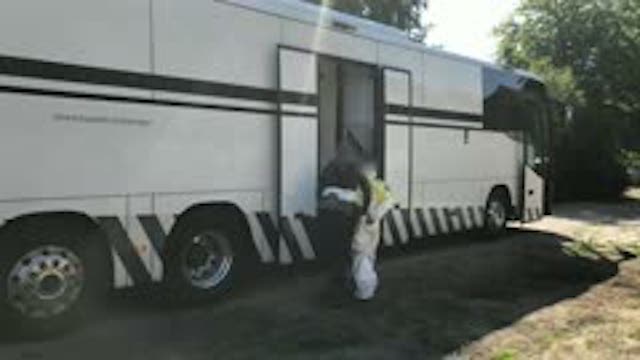 Dutch police on Tuesday said they had found the largest cocaine laboratory in the Netherlands.

According to a police statement, the laboratory, located in refurbished horse stables in the town of Nijeveen near the German border, was processing around 200 kilogrammes of cocaine per day.

“This is the largest cocaine laboratory ever discovered in the Netherlands. It was a gigantic production,” a police spokesperson said.

Police estimated the daily production to be worth around 4.5 million Euros (5.3 million dollars).

Seventeen people were arrested, 13 of whom were Colombians.

About 100 kilogrammes of drugs as well as thousands of litres of chemicals were reportedly confiscated.

Police said that the laboratory in question was a “drug laundry,” in which the cocaine was “washed out” of clothes.

To smuggle the drugs, they are dissolved in a solution which is then embedded in cloth before being exported.

The cocaine is washed out of the cloth with special chemicals upon arrival in the lab, where the substance is then prepared for sale.

During two other raids of warehouses in the cities of Apeldoorn and Elshout, police found 120,000 kilogrammes of clothes that had been used for transporting cocaine.