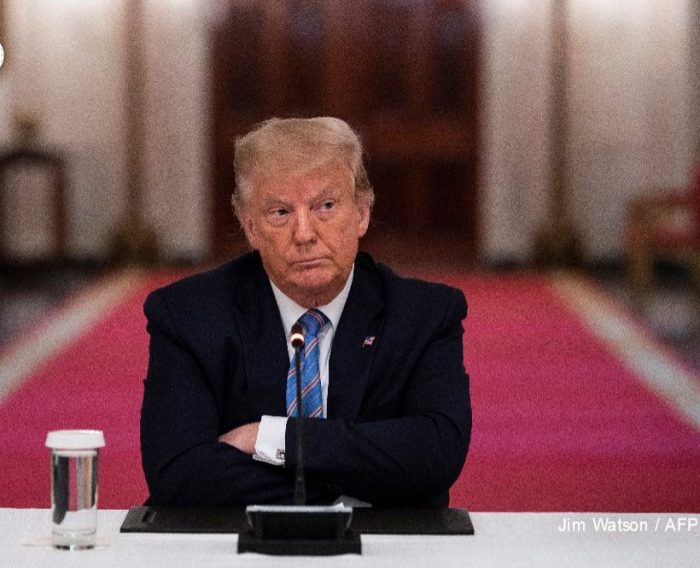 U.S. President Donald Trump on Monday dismissed claims by Manhattan District Attorney, Cyrus Vance, that he was being investigated for ‘ broader’ financial and insurance fraud.

In a court filing, Trump’s lawyers argued that the probe was about hush-money he allegedly paid sex workers through his former lawyer and fixer, Michael Cohen, in 2016.

The motion, filed at a federal court in New York, is Trump’s latest attempt to shoot down Vance’s request for eight years of his personal and corporate tax records.

It was in response to a motion by the district attorney to dismiss the president’s fresh efforts to block the subpoena without delay.

The president’s legal team insisted that the district attorney’s subpoena was“ overbroad and issued in bad faith, and amounted to harassment.”

Vance suggested last week that Trump’s company was also being investigated for potential fraud after the subpoena was thought to be part of a grand jury probe focusing on the hush payments.

“The president plausibly alleges that the grand jury investigation is about certain payments made in 2016, not some murky inquiry into broader financial practices,’’ the lawyers said in the motion.

Trump launched the fresh bid to protect his tax returns on July 28 after the Supreme Court ruled he was not immuned to a criminal probe, NAN reports.