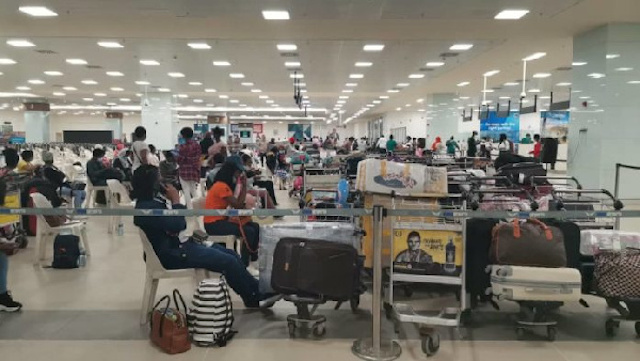 The Ghanaian government has begun the evacuation of 2000 citizens stranded in Lebanon, following the deadly explosions in its capital Beirut, an official has said.

He said government expected to evacuate the remaining 1,500 in the next few days.

“We are expediting the process, as some Ghanaians have sustained injuries in the blast,” Owiredu said.

He said 308 of the stranded Ghanaians would arrive today, and an additional 308 on Thursday.

The minister, however, added that none of the Ghanaians injured in the blast was deformed.

Ghanaian lawmaker Kennedy Agyapong and other philanthropists have donated a total of 428,650 U.S. dollars to the government to facilitate the evacuation of the stranded Ghanaians.

The returnees would undergo a 14-day mandatory quarantine on arrival to identify, isolate, and treat any of the returnees who might be infected by the novel coronavirus. Enditem