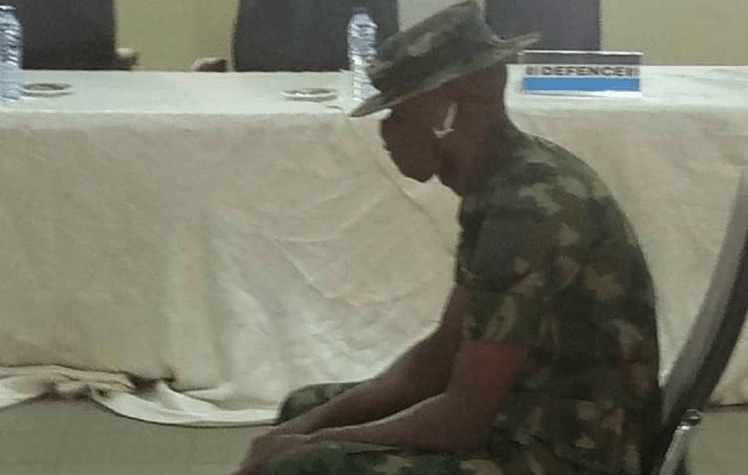 The soldier was alleged to have killed Bello Abdullahi Aliyu and also robbed him of his car, at Anka Local Government Area (LGA) of Zamfara State, in 2014.

Aliyu, was then a staff of the World Health Organisation (WHO), in the State.

The court heard that Ibrahim, while on deployment on Operation Mesa to fight banditry in Zamfara State, at about 10 pm on August 11, 2014, without justification, shot and killed Abdullahi with his AK47 rifle.

He also broke into Abdullahi’s apartment located at Gidan-Dari, Anka LGA, Zamfara State, and stole his Gionee E3 phone and a Nokia handset.

The soldier equally took away a Honda Accord car belonging to the deceased containing one laptop computer and N6,000, which he drove to Kaduna where his family resides and was using it before investigators arrested him.

Corporal Babangida was also accused of stealing a mobile phone and N600,000 from various persons, on separate occasions.

President of the GMC, Maj. Gen. Priye Fakrogha, while reading the judgement after listening to the prosecuting and defence counsel, said the accused soldier will serve a term of 40 years, in jail for homicide.

The GCM’s verdict is subject to the confirmation of the Nigerian Army Council Authority, PR Nigeria reports