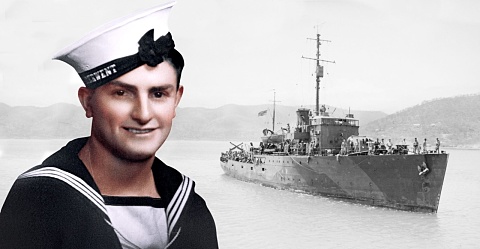 Queen Elizabeth II has agreed to recognise a teenage sailor who went down with his ship firing on attacking planes in World War II, her royal representative in Australia said on Wednesday.

Governor-General David Hurley said Elizabeth, Australia’s head of state, had agreed to the government’s request to award Edward “Teddy” Sheean a posthumous Victoria Cross, the country’s highest possible award, for his bravery in action in 1942.

The 18-year-old had strapped himself into an anti-aircraft gun to fight off attacking Japanese aircraft that were firing on his shipmates in the water as their corvette HMAS Armidale was sinking off the coast of Timor.

Survivors said Sheean continued to fire at the Japanese planes even as the ship slipped beneath the waves, his finger still on the trigger firing from under the surface as the ship sank, according to the Australian Dictionary of Biography at the Australian National University.

They said he hit one Japanese plane and fought off others that were strafing the crew struggling in the water.

Australia’s Prime Minister Scott Morrison said Monday a committee had found Sheean should have been granted a posthumous Victoria Cross many years ago.

Plans are being made with Sheean’s family in Tasmania to hold an official military ceremony to mark the award, the first Victoria Cross ever awarded to a member of the Royal Australian Navy, Hurley said.

Hurley told reporters many people had been inspired by the story of “a young man serving his nation who chose certain death over the chance of survival to try to save his mates who were in the water.”