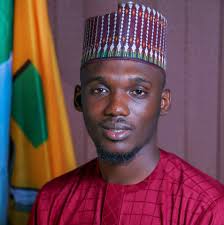 Bello Shagari, a grandson of a former Nigerian President, Shehu Shagari, has advised Christians not to meddle in matters concerning beliefs and practices of Islam.

Shagari stated this while reacting to the decision of an Upper Sharia Court in Kano State, which sentenced a musician, Yahaya Sharif-Aminu, to death for blaspheming Prophet Muhammad.

Sharif-Aminu, aged 22, was found guilty of committing blasphemy for a song he circulated via WhatsApp in March.

The singer’s family house was also burnt down by protesters who claimed his song was blasphemous as it praised an imam from the Tijaniya Muslim brotherhood to the extent it elevated him above the Prophet Muhammad.

Concerning the outrage that erupted from the judgement; Shagari said: “The trouble we have is that there are Muslims who just hate Christians & Christians who just hate Muslims and therefore cannot respect one another. Beside them, is an atheist who thinks that they are all foolish.

“The above categories of people are the problem. Live and let live.”

Shagari, however, admitted that there was a need to reform certain aspects of the Sharia law.

“The whole debate about Sharia is uncalled for. Most of us debating aren’t even knowledgeable enough to discuss these topics. But the problem is that a critic can criticize even what he does not know which gives room for a response even from who does not also know enough.

“The only injustice I see in Sharia in Nigeria is its application. It is only applicable to the criminal downtrodden or the less privileged, except of course if it is not in punishment,” he added.