How to solve menace of Ijegun-Egba Tank Farm - Sanwo-Olu 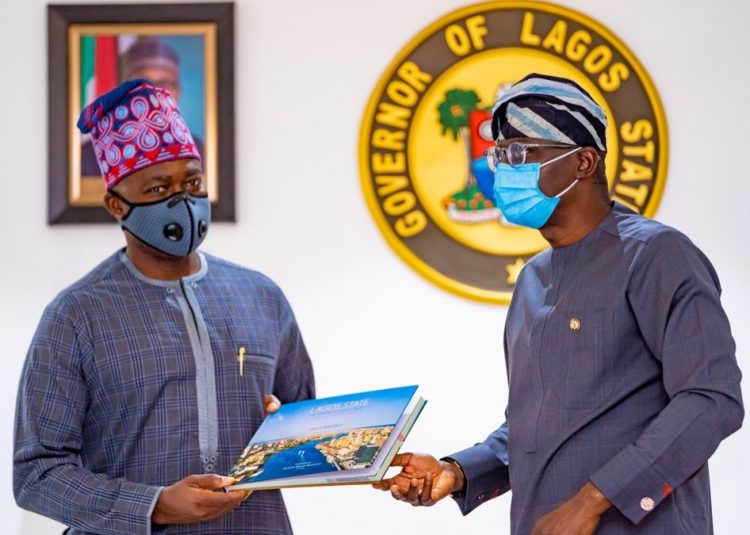 Lagos State Governor, Mr. Babajide Sanwo-Olu, has explained what needs to be done in bringing a lasting solution to the lingering disagreement between owners of petroleum tank farms in Ijegun-Egba area of Amuwo Odofin and the residents of the host community.

The Governor said all the Federal Government’s regulatory agencies operating in the area must stop working at cross purposes with the State’s agencies in addressing environmental degradation in the area.

He added that the tank farm owners and oil tankers’ drivers must subscribe to operational regulations that limit the loading of tankers beyond their weight capacities.

Sanwo-Olu said the agitation by members of the host community for the relocation of the tank farms may be far from being over, if stakeholders failed to come to discussion table and work collaboratively.

The Governor spoke on Thursday at the State House in Marina when he received in audience members of the House of Representatives Ad-Hoc Committee on Relocation of Tank Farms constituted by the Speaker, Rt. Hon. Femi Gbajabiamila with the mandate to investigate the matter and give recommendations.

The Ad-Hoc Committee members, who were led by the chairman, Hon. Sergius Ogun, representing Esan North-East/Esan South-East Federal Constituency of Edo State, had initially gone on a two-day inspection to Ijegun before sharing the findings with the Governor.

He said the nation could not afford to allow the host community’s agitation to hinder the operations of the tank farms, which, he said, supply 45 per cent of petroleum products consumed in the country.

He said: “The Ijegun-Egba tank farms are strategic national assets created by the private sector to serve the whole country. Between 40 to 45 per cent of the entire petroleum products that go across the country pass through that corridor. Even if it is to cater for our own need, we must take care of those assets, because they are like a strategic reserve for us as a nation.

“The rudiment of the problem in the area is a logistic issue, which is to ensure the movement of oil tankers in and out of the area without affecting the wellbeing of the community members. We have had to contend with environmental issues and the extent of the bad road network on the corridor is glaring. We have seen how small-capacity tankers are carrying up to 70,000 litres of petroleum products when they should be taking only 30,000 litres. This has exerted great pressure on the roads and the officers that are supposed to monitor them look away.

“These are part of the issues we need to resolve with the stakeholders. If we can let these people run their businesses within the confines of regulations, part of the solutions would have been achieved in the process. Also, there is need for total regeneration of the roads in the area. We want the environment to be conducive for business, but we must do that in line with safety of lives and property. We have talked with tank farms’ owners and we all need to come together. It is important for the Federal Government’s agencies to have an agreement and we are ready to play our own part.”

The Governor recalled his previous meetings with the Nigeria National Petroleum Corporation (NNPC), Central Bank of Nigeria (CBN) and the Department of Petroleum Resources (DPR) on the issues, stressing that genuine solution would be achieved if the entire network of infrastructure in the host community was cleaned up and regenerated.

Sanwo-Olu said the stakeholders must fashion out ways to achieve efficient enforcement of the operational guidelines for oil tankers plying the area, pointing out that any intervention initiated without keeping the oil tankers within the confines of approved haulage capacity would yield no result.

The Governor described the Ad-Hoc Committee’s mission as “important national assignment”, hailing Rt. Hon. Gbajabiamila for prioritising the issue after the motion calling for assessment of the tank farms’ activities was moved in the House by member representing Amuwo Odofin, Hon. Oghere Egoh.

“After your thorough assessment of the situation, I hope you would be able to call all relevant stakeholders and agencies of Government together on the discussion table. We are committed to any effort that’ll bring permanent solution. We know how much of investment we have in the area, but businesses have to be done under a safe and controlled environment. We want every stakeholder to play their roles,” the Governor said.

Speaking on the Committee’s finding, Hon. Ogun pointed to the inability of the Federal Government’s agencies to work collaboratively with the Lagos State Government as part of the reasons the community’s agitation festered.

He promised that the House would prevail on the federal agencies to close ranks with stakeholders and bring about lasting solutions.

He said: “We believe that the federal agencies have not worked together as one. Our mission is to make them collaborate with the State Government. At the end of the day, we want the tank farms to live side-by-side with the community. On our own side as federal institution, we will suck all relevant federal agencies on this project.”

Other Committee members at the meeting include the Deputy Chairman, Hon. Mariam Oruoha, Hon. Tijani Ismail, and Hon. Uko Arochukwu and Hon. Egoh.