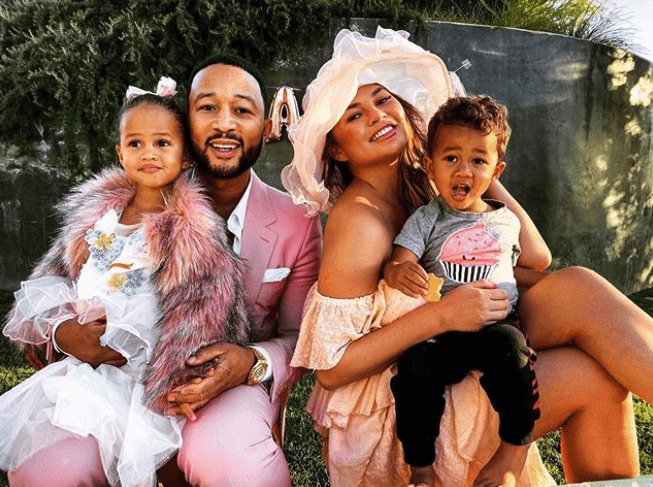 John Legend Chrissy Teigen and their kids-: Baby No. 3 on the way

Chrissy Teigen is pregnant with her third child with John Legend.

According to US Magazine, the American model showed her baby bump in John Legend’s “Wild” music video, which was released on Thursday.

Chrissy, 34, frolicked at the beach with her husband, 41, and their two kids — Luna, 4, and Miles, 2 — in the video before standing at the shore with Legend.

Legend hugged her from behind. And then Chrissy cradled her budding belly as the camera zoomed in.

The Utah native retweeted Vevo after the video’s release, and the tweet promised a “beautiful surprise.”

Amid speculation, Teigen simply posted a smiling-heart emoji on Twitter.