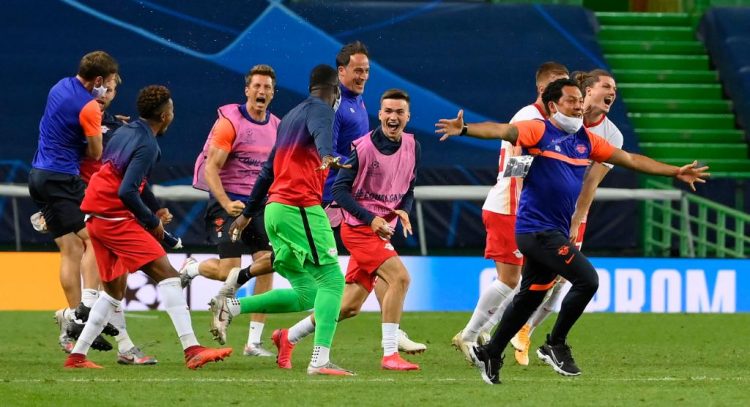 Leipzig players run to the pitch after final whistle

RB Leipzig pulled themselves into the Champions League semi-finals for the first time in their short history with an unlikely 2-1 win over the highly experienced Atletico Madrid in Lisbon on Thursday.

United States midfielder Tyler Adams snatched victory in the 88th minute with a strike from outside the box which took a heavy deflection off Atletico defender Stefan Savic to flummox goalkeeper Jan Oblak.

The German side went ahead early in the second half with a header from Spanish forward Dani Olmo.

But a disjointed Atletico were shaken into life when record signing Joao Felix came off the bench, earning and scoring a penalty to level in the 71st minute.

Atletico, beaten finalists in 2014 and 2016, looked more likely to score the next goal as they continued to pour forward. 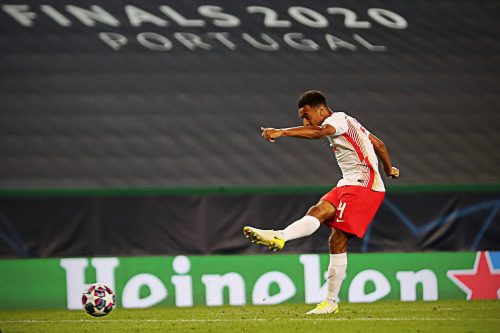 However, they were caught out on the break and were left shell-shocked by Adams’ strike, which booked Leipzig a semi-final tie with Paris St Germain. (Reuters/NAN)