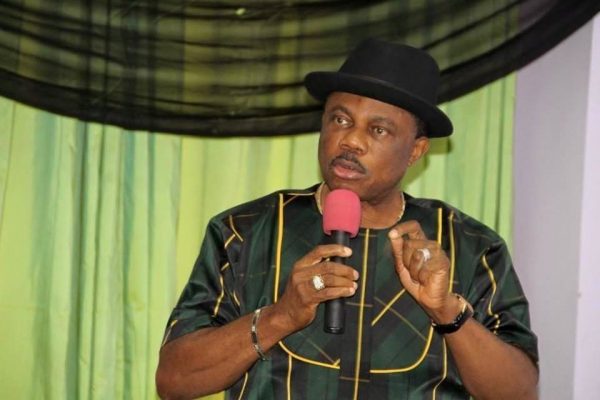 Governor Willie Obiano of Anambra state has suspended 12 more traditional rulers in the state for one year each.

According to a statement by Greg Obi, the commissioner for local government, chieftaincy and community affairs, the monarchs were suspended for travelling out of the state, without “consultation or approval”from the government.

Obi claimed the rulers were suspended by a meeting of Traditional Rulers Council of Anambra held on 11 August.

But in a post by human rights activist, Chidi Odinkalu, the rulers may have been punished for visiting Chief Arthur Eze, a prominent leader of the state.

A video posted also by Odinkalu, showed the leaders counting money given them by the billionaire. 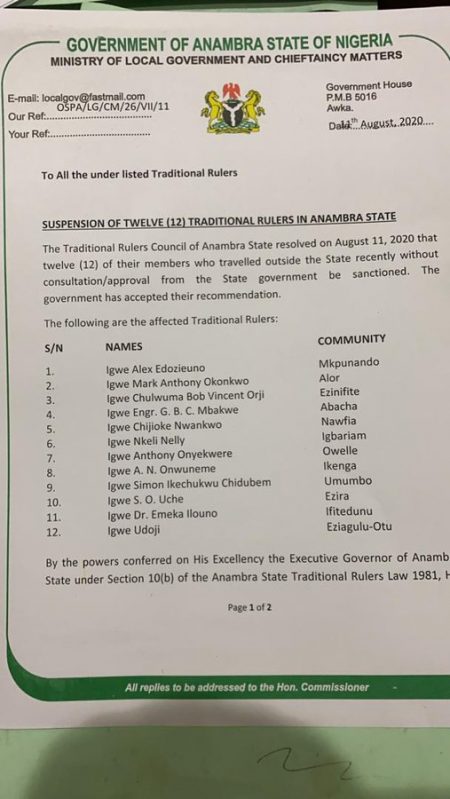 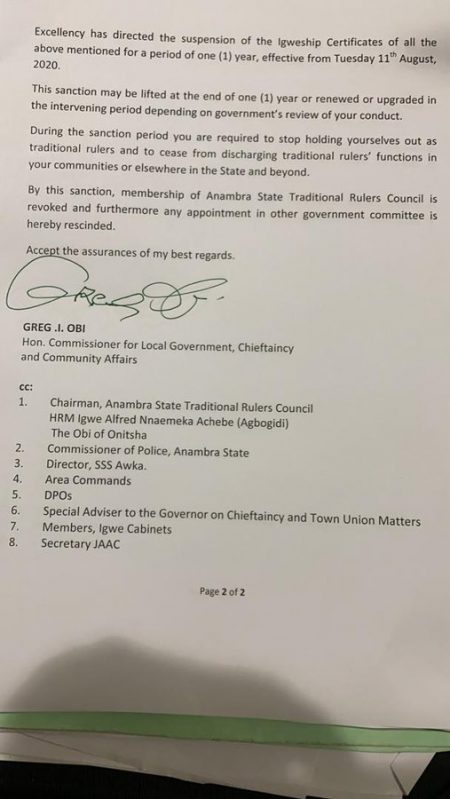 The latest suspension came as Governor Obiano was being criticised by political opponents for suspending Uyanwa.

Chief Basil Ejidike, Chairman of the APC in Anambra, accused the All Progressives Grand Alliance (APGA) led government of meddlesomeness in the affairs of the traditional ruler institutions, saying that it was worrisome and unfortunate.

He said the development had political undertone which had the likelihood of strangulating the traditional institutions and making them to dance to the whims and caprices of the governor.

“As a people of culture, our traditional institutions and rulers are sacrosanct and should be treated as such, the recent imbroglio between the government and some traditional rulers in the state is a clear pointer to this fact.

“The suspension and withdrawal of certificate of recognition by the state government of the traditional ruler of Ukwulu, Igwe Peter Uyanwa, is another ploy to muscle down traditional rulers in Anambra”, Ejidike said.