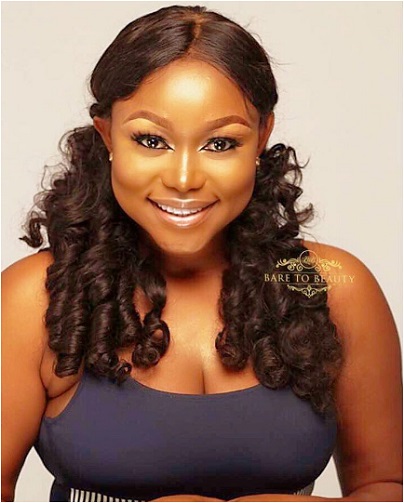 The 32 year old stated that she woke up angry that she’s a Nigerian and that voting should be abolished in Nigeria until death sentence is given to public servants who misuse funds.

”I woke up angry with myself for been a Nigerian.

We should abolish voting in Nigeria until death sentence laws are given to politicians and public servants who misuse Nigeria’s funds. I said what I said.
Correct me if I’m wrong and tell me what your government has done for you” she said in a statement.

Kadiri studied mass communication at the University of Lagos and business administration at Yaba College of Technology. She was born on March 24, 1988, in Benin City, Edo State, Nigeria.

The mum of one ventured into acting in the movie Boys Cot and has since featured in over fifty movies. She has also written and co-written movies like Matters Arising, Heart of a Fighter, Ladies Men, Sincerity, First Class and Over the Edge.