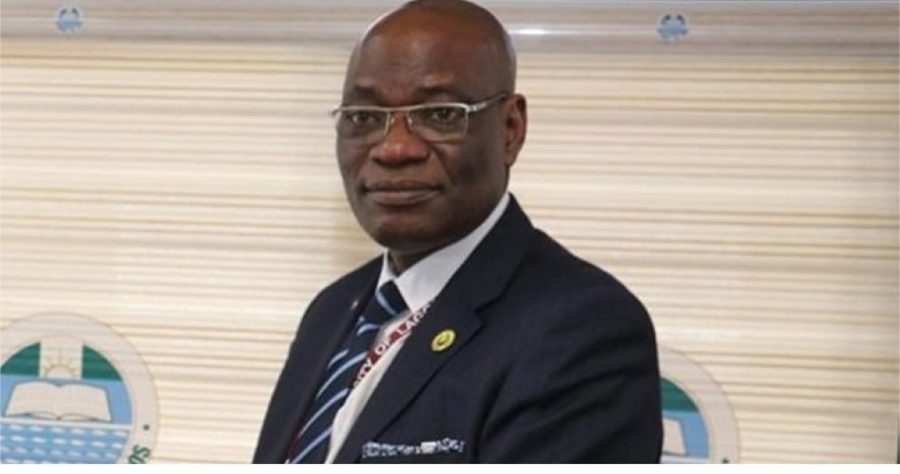 The Committee of Vice Chancellors of Universities (CVC) has condemned the removal of the Vice-Chancellor of the University of Lagos (Unilag), Prof. Oluwatoyin Ogundipe, without due process.

The committee also condemned the appointment of an acting vice chancellor for the university outside the university’s three deputy Vice-Chancellors.

Prof. Yakubu Ochefu, Secretary-General, CVC, expressed the view of the committee while fielding questions from newsmen on Friday in Abuja.

“The chairman of the council knows that the tenure of two members of the council has expired, so he waited for the members not to be in council to get the majority vote.

“It is like a hatchet job. We don’t want it to appear like that because of the integrity of University of Lagos.

”The integrity is very high and we don’t want council members to degenerate to that situation.

” As it is now, we have a stalemate and it is looking more in favour of the university senate than the council,” he told journalists.

The removal was over allegations of infractions and gross misconduct.

The council appointed Prof. Theophilus Omololu Soyombo of the Faculty of Social Sciences the Acting Vice-Chancellor.

However, the institution’s Senate and all its workers unions have condemned Ogundipe’s removal, saying it flouted the university’s regulations.

They all made a vote of confidence on Ogundipe on Thursday and vowed not to recognise the acting vice-chancellor.

Ogundipe has also said he is still the vice chancellor, urging the public to disregard news of his removal.

According to Ochefu, the extant law of the university states that if a vice-chancellor is removed, one of the deputies should be appointed to act.

“Unilag has three deputies, none of them was appointed as acting vice-chancellor but somebody else entirely.

“This is going to pose another problem, senate members will not allow such a person to chair their meeting because they don’t know him within the context of laws establishing universities,” he said.

Ochefu also called on the Unilag Governing Council to follow due process in the removal of a vice chancellor by providing Ogundipe an opportunity to defend himself.

He noted that though the law establishing universities gave the council the power to hire and fire a vice chancellor, it should not be done in an arbitrary process.

“The challenge we have with this particular action is that the university community says the council did not follow due process; indeed, the communication from the embattled vice chancellor is clear and it is to that effect.

“In the procedure for removing a vice chancellor, you have to set up a joint council/senate committee.

”The vice-chancellor will be given the opportunity to defend himself; from there, a submission will be made to the council which will take a decision,” Echefu said.

According to him, the situation in Unilag at the moment is unhealthy for the foremost university.

”As CVC, we advise the council to take a step back and allow the process of removing a vice chancellor, as established by the law, to take its course.

“It is a simple process. If it finds the man guilty, the council can remove him, but it should go through the normal process,” he said.

He noted that fair hearing remained a fundamental human right.