One dead, as truck collides with danfo, okada in Lagos 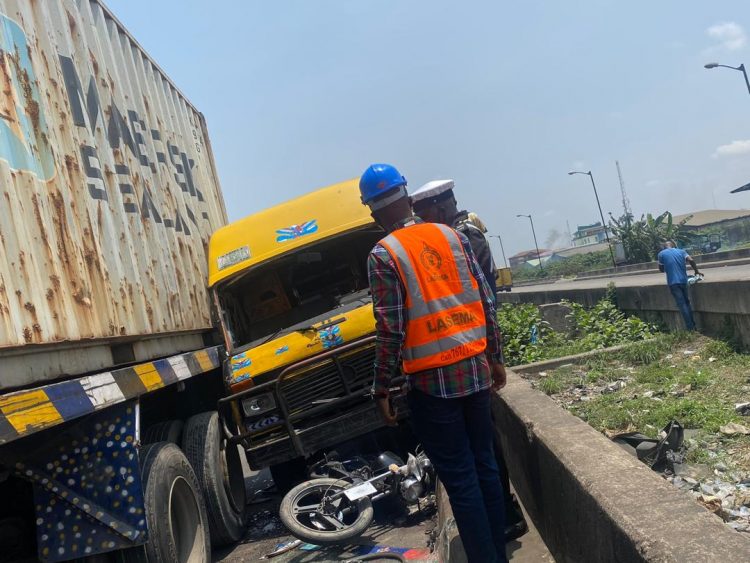 The accident at Orile area of Lagos

One person has died and another injured as a 20-feet container truck collided with a commercial bus (danfo), and crushed an okada in the process.

The conductor of the danfo, identified as Saheed, 38 died in the process, while the okada rider sustained serious injury.

“Unfortunately, the conductor of the commercial bus (Saheed aged 38yrs) lost his life at the scene and the bike man sustained different degrees of injury but has been taken to the hospital.

“LRT and Police are responders at the scene of the incident working together to evacuate the accidented containerized truck and bus off the road.”

He said the accidented containerized truck, commercial bus and motorcycle were later evacuated off the road and taken to Orile Police Station.