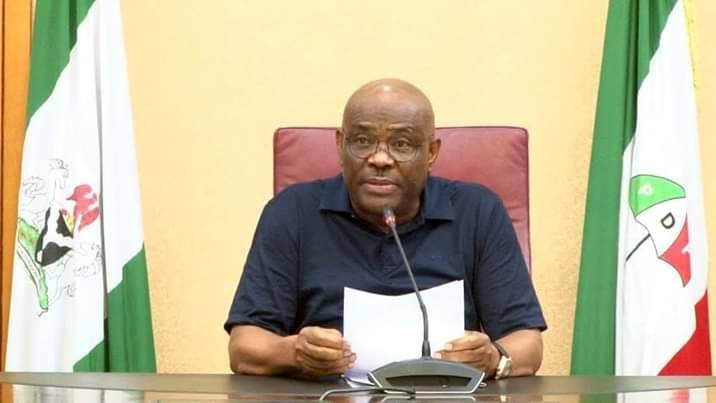 Rivers State Governor, Nyesom Wike says he will not politicise the development of the State.

He has therefore reiterated his commitment to providing quality infrastructure that would enhance the development of the State.

Wike gave the assurance during the signing of the contract papers for the award of the GRA Junction Flyover in Port Harcourt.

According to him, the provisions of critical infrastructure will not be politicised because Rivers people deserve the best.

“Today, we have signed the papers for the award of N15.8 billion contract for the GRA Flyover and also the dualization of the Ezimgbu Link Road up to Stadium Road, and from Genesis Eatery Axis of Tombia Road up to Ikwerre Road.

“It is unprecedented that a State can dream, commence and complete construction of five flyovers within a year.
“We will pay Julius Berger Nigeria PLC, 70 percent of the contract sum up front. This will make them to keep to the terms agreed on delivering the job within 12months.

“The rains cannot be used as an excuse because we are going to pay them. I trust the capacity of Julius Berger and I believe that Rivers State deserves the best,” he stated.

The governor dismissed comments by critics that he is concentrating development on Port Harcourt to the detriment of other parts of the state.

He stated that he would not politicise anything that has to do with the construction of roads in the interest of the State.

The governor maintained that any investment made in the State Capital goes a long way to boost the image of the State.

“We are providing infrastructure and roads in all the 23 local government areas. We are also at the point of constructing a road from Woji town connecting Aleto- Alesa up to Port Harcourt Refinery junction.

“That road will help the people of Okrika to access Port Harcourt within ten minutes without going through the East West road,” he stated.

Wike also announced the court judgment that has affirmed that the Rivers State Government is the owner of the OML11.

“Yesterday, we got judgment against Shell Petroleum Development Company (SPDC) that OML 11 and Kidney Island belong to Rivers State Government.

“For us, whatever we will do to enhance the development of the State, we will do it within the period we are in office,” he added.

He pointed out that they started with polehole contracts in 2015, and has since constructed 19 Roads.
Other projects completed include, the Port Harcourt Pleasure Park, Ecumenical Centre, Cinema and Restaurant.

According to Dr. Ritchter, two of the three flyovers started in October 2019 will be delivered by December 2020 and the third one in