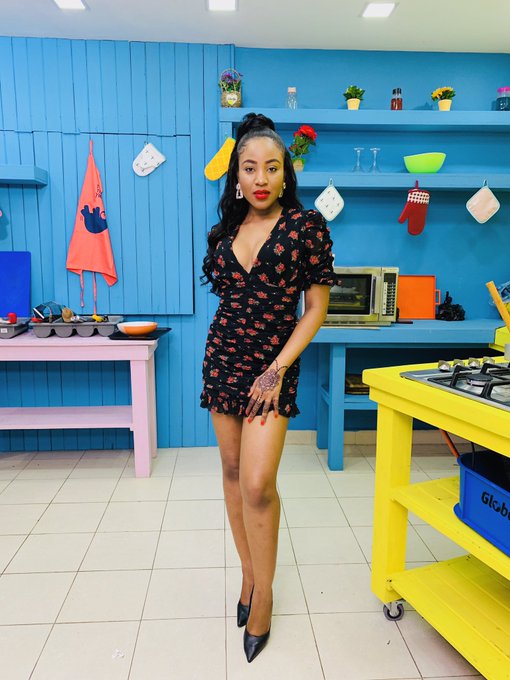 One of the most popular 2020 Season 5 Big Brother Naija housemate Erica Nlewedim who is the current head of house with Kiddwaya as deputy, has had had it with fellow housemates this week.

Her first confrontation was with Lucy, who she accused of making insinuations about her due to a statement she made. The next fight involved Wathoni who Erica said is rude to her because of her love interest Kiddwaya.

Today Nengi and Kaisha fought the dirtiest, all on her watch as Head of House.

The 26 year old is an actress and commercial model from London, England who returned to Lagos after studying screen acting at the Met Film School in London.

Erica is sensitive to energy. She can tell when people are being off towards her. I think it's cos she allows herself feel all her emotions

She can't point what, but she knows HMs are doing bad by her

I'm like that too. But I have learnt to feel, control & divest at d same time

Last night, it was Wathoni and Erica. This morning, it's Nengi and Kaisha.

This is the kind of content people signed up for. Two hot fights within 12 hours.

Erica continue to press and match their necks👅👅👅

Erica emerged HOH on the fourth week after Lucy, Ozo and Nengi had their reign. Eviction is this Sunday and those causing the rift in the house will most likely go home.