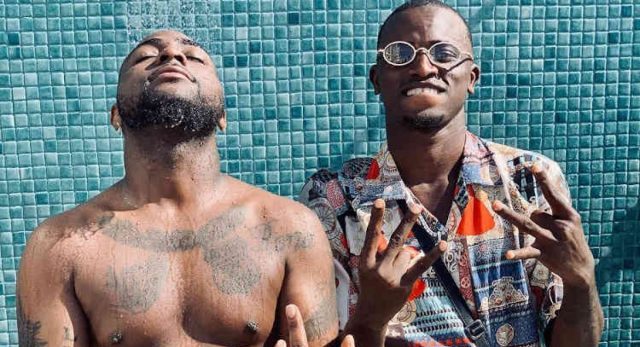 According to Davido’s logistics manager, Isreal DMW, via his Instagram page on Saturday, Davido has a new personal assistant identified as Santusgee.

Israel warned that anyone who does any business with Aloma does so at his or her own risk.

In his words; “Aloma, his no longer my Oga’s personal Assistant or in DMW. Who so ever does anything with him, does it at his own or her risk. BADDEST PA now his @santusgee. Be Warned”.

Months ago, in a live session on Instagram, Aloma said almost everybody refers to him as Davido’s houseboy.

Aloma further stated that being a houseboy to Davido is way better than being a bank manager. Flaunting a Rolex wristwatch worth about N3.5million to back up his claims, he said he’s cashing out on a steady basis because of his relationship with the “Omo Baba Olowo (OBO)” singer.

He had revealed in an interview that he met Davido in 2017.

According to him, it all started on his birthday when the singer liked a photo of him. This encouraged Aloma to send the singer a direct message.

Davido later asked for his account details to send him some money to celebrate his birthday. He revealed that the singer sent him a whopping N1 million and later invited him over.