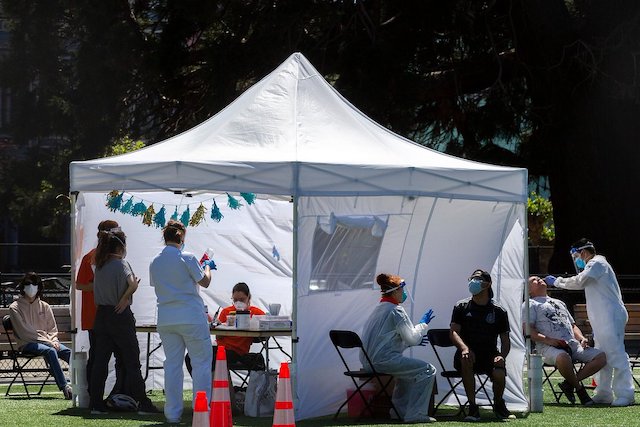 Testing for coronavirus in California

The region remains the world worst-affected by the pandemic as most of its nations begin to relax lockdown measures.

That accounts for just under one-third of the world’s total case-load and a similar share of reported deaths from the pandemic.

The International Monetary Fund predicted in June that the regional economy would contract 9.4 per cent this year.

The region’s worst-affected country is Brazil, which has the most cases in the world after the United States, and 15 per cent of the world’s total.

Peru and Chile also have the highest case-loads and number of deaths in the world per 100,000 inhabitants, of countries with more than 100,000 cases.

The region’s climb from five million to six million cases took 11 days, one day less than it took to reach the previous million.