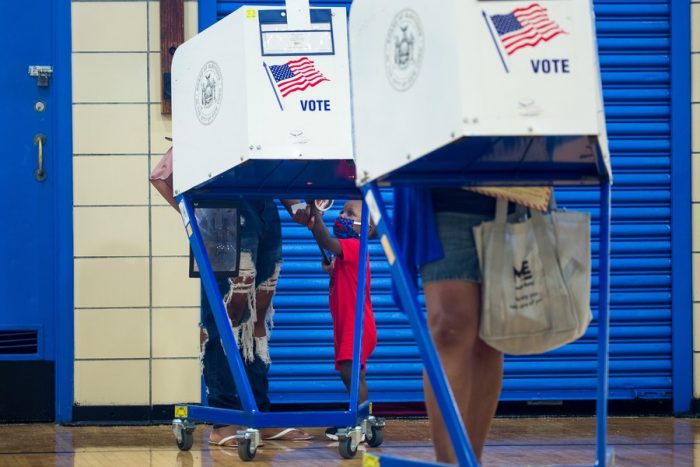 U.S. November 3 election will be messy over mailed ballots

Signs are emerging that the U.S. presidential and congressional election in November will be messy.

And President Trump is at the centre, right and left of it as he has stated openly that he will block any move to fund the U.S. Postal Service, crucial in ensuring the mass use of mailed-in ballots in the season of pandemic.

The U.S. Postal Service has already written to election officials in 46 states and D.C., warning that it can’t guarantee that every mail-in ballot will be delivered in time to be counted in the high-stakes November election.

Despite President Trump’s efforts to block federal aid for USPS and prevent mass mail-in voting, many states are expecting an avalanche of mail ballots amid the coronavirus pandemic.

Six states and D.C. received warnings that ballots could be delayed for a small group of voters, according to The Washington Post, which obtained the USPS letters through a records request.

But USPS told 40 states— including battleground states of Florida, Michigan, and Pennsylvania—that their state deadlines for ballots were “incongruous” with USPS mail delivery timelines.

For example, Pennsylvania lets voters request a mail ballot up until Oct. 27, but USPS said voters need to have mailed their completed ballot by that same date, raising the risk that voters who apply in the last week of the application period will be disenfranchised.

As a result, some states are trying to move their deadlines.

Pennsylvania has asked the state Supreme Court to allow mail ballots to be counted if they’re received up to three days after the Nov. 3 election, as long as there’s proof they were mailed before Nov. 3.

However, similar rules in New York resulted in many ballots not being counted in a recently disputed congressional primary, in some cases because they lacked dated postmarks.