The day after: Barcelona savaged by Spanish media 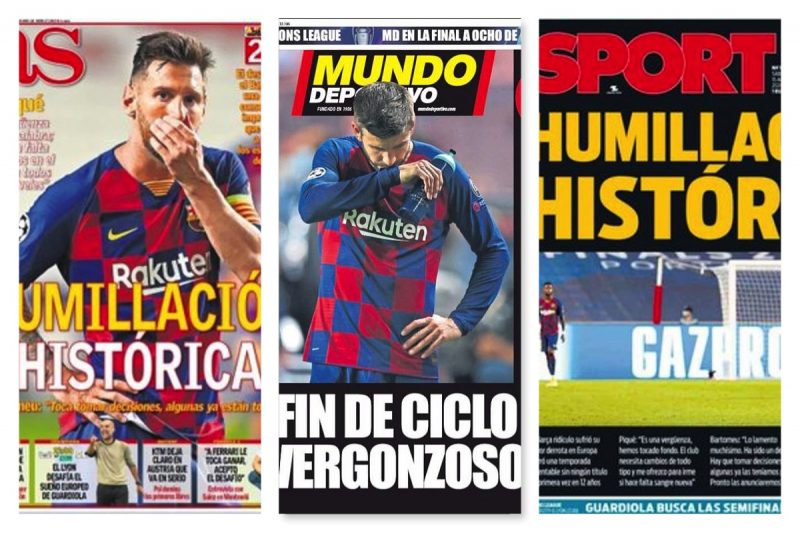 The headlines in Spain on Saturday

The newspapers across Spain were united for once on Saturday after the worst result in Barcelona’s history, savaging the Catalan giants.

Both Barcelona-based Diario Sport and Madrid-based Diario AS went with ’Historic Humiliation’ front pages on Saturday morning after the club’s 8-2 defeat to Bayern Munich.

AS said Bayern had ‘flattened a pathetic’ rival that currently exists in a state of ‘painful ridicule’ and in one opinion piece Sport said that Bayern had ‘ridiculed Barcelona on a nightmare evening’.

In its player ratings only Luis Suarez and Jordi Alba were giving marks as the rest were graded zero.

And Sport’s verdict on Barcelona coach Quique Setien’s performance was headlined ‘Sacked’ in anticipation of what will inevitably happen to the 61-year-old.

Its analysis continued: ‘He cannot last not even one more day in the job. The task has been far too big for him. He has nothing to offer.’–Daily Mail