Thomas Muller: Bayern fear no team after seeing off Barcelona 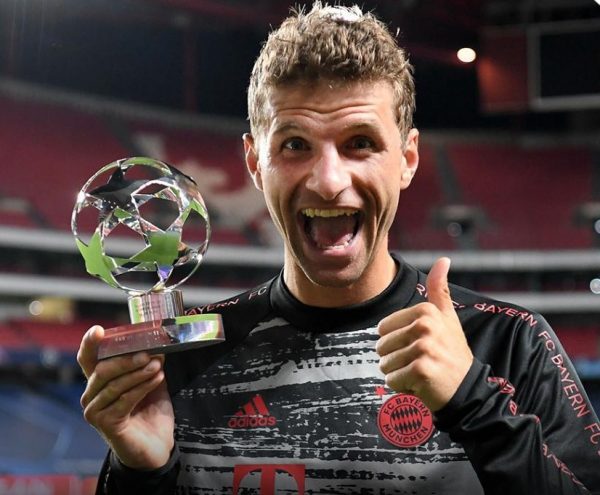 The Bundesliga giants sealed a remarkable 8-2 win in Lisbon, with Muller on target twice to send Bayern into the semi-finals.

A delighted Muller received the man of the match award following another exceptional display from the forward, who suggested Bayern’s style of play rendered the opposition practically irrelevant.

“I think in this moment our team is in incredible shape,” the Germany international told BT Sport.

“Thanks for the man of the match trophy – maybe we have 12 to 15 players who deserve it. We worked so hard and have this intensity. It’s tough to beat us. It was so much fun.

“For our style of play it doesn’t matter about the names of players we are facing. When someone presses and dribbles, it’s not a problem. Then we catch the ball and have so much talent in the offensive line.

“We feel good, but now we have to be quiet and regenerate.”

Muller described the result as a major statement of intent, but he quickly pointed out that Hansi Flick’s side would be starting from scratch in the next round, when they will face either Manchester City or Lyon.

“This is a big statement but the next game we start at 0-0. The statement doesn’t matter,” said the 30-year-old.

“The other teams will watch our game and they can be impressed or not. We start at 0-0 and have to win the next game.

“Today we have to be very happy. After we wake up and answer the messages on the phone then we have to focus.

“I know about these tournament situations. Most of the time after the big wins [Muller featured in Germany’s 7-1 win over Brazil at the 2014 World Cup] it’s difficult.”