How fans voted vs how BBNaija housemates reacted 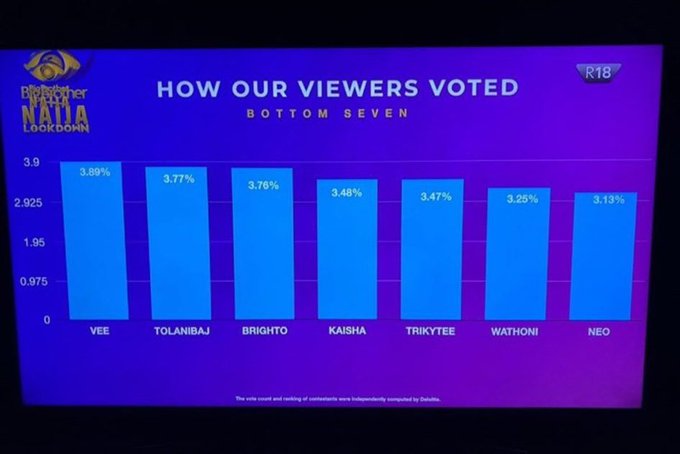 Fans have taken to social media to express their disappointment at the Sunday eviction tonight, where Kaisha was evicted from Biggie’s house.

It shows that viewers votes isn’t as powerful as that of the housemates, which isn’t going down well with fans who put in so much energy and money to keep their faves in the house.

Check on the exchange…

You can’t mess with Kiddwaya wife and go free

Kiddwaya nominated wathoni and Kaisha to be Evicted 🤣🤣🤣 #BBNaija pic.twitter.com/9qdfgBCOy5

Wtf can big brother stop this nonsense housemates votes Kaisha had more votes than Neo, Tricky tee and wathoni this is a scam #BBNaija pic.twitter.com/BSS3SCzF8C

"Biggie has taken too much power away from viewers.
KAISHA had more votes than all of Trikytee, Neo & Wathoni but she's the one going home now. Sad indeed" @AyilaWaya#BBNaijaLockdown